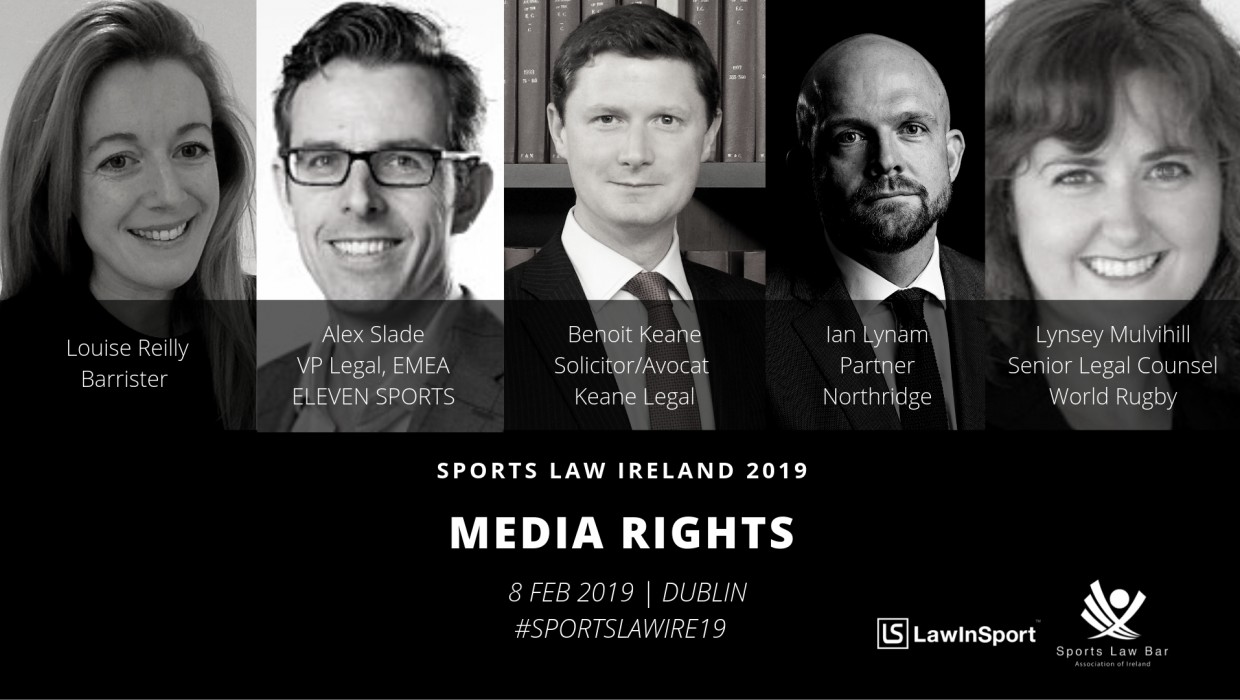 To discuss new distribution methods and competition law in sports media rights, we have brought together leading experts to debate the issue.

The speakers on the Sports Media Rights panel are:

Benoît Keane is qualified as a Solicitor (England & Wales) and Avocat (Barreau de Bruxelles).  He is an experienced adviser on a range of European legal matters to companies, sports organisations, trade associations, public authorities, and media bodies. He regularly acts in cases before the European Commission and the European Courts. Chambers Europe 2017 has recommended Benoît as a leading lawyer in Competition/European law.

Benoît is based in Brussels and works with clients and law firms across Europe.  Before starting his own practice, Benoît worked for a number of international law firms in Brussels, London and Paris. Clients receive, therefore, the professional service of a dedicated and internationally experienced advocate.

Benoît is recognised as an “expert” in European sports law by the directory Who’s Who Legal and was ranked “Most Highly Regarded” in 2015.  He has acted in many of the leading cases of the last decade on a range of matters relating to both the regulatory and commercial aspects of sport.  He has also appeared as an expert witness on EU law before the Court of Arbitration for Sport.

Drawing on this experience, he advises on European sports law issues and, in particular, the application of European free movement and competition law to the regulatory rules of sports organisations as well as their commercial activities.

Benoît, who comes from Ireland, read law at University College Cork. He obtained a master’s degree in European law at the College of Europe in Bruges.  He worked in London and Paris for an international law firm before moving to Brussels in 2003 to undertake a stage in the European Commission (DG Competition).  He qualified as a Solicitor of England & Wales in 2003.  He then practised as a lawyer for a number of international law firms in Brussels before establishing his own practice in 2012.  He became an Avocat of the Barreau de Bruxelles in 2017.

Benoît regularly writes and speaks on developments in European law and policy.  He is a trustee of the Institute of International & European Affairs (Brussels) AISBL having previously served as Chair from 2007 to 2009.  He is the European law contributor to Sports Law Administration and Practiceand a member of the Editorial Board of the competition law journal World Competition.

Ian is a partner at Northridge.

Ian is a contributor to the leading sports law text: "Sport: Law and Practice", and often contributes to legal journals and the media on sports law issues. He regularly speaks at conferences and lectures on the BASL/DMU Post-Graduate Diploma in Sports Law and University College Dublin's Masters in Sports Management. Ian is admitted to practice in England & Wales, Ireland and New York.

Prior to joining World Rugby, Lynsey worked in private practice in A&L Goodbody before moving to an inhouse role. Lynsey is admitted to practice in Ireland, England and Wales and New York.

In addition, he is also an Independent Non-Executive Director of the British Judo Association.

Prior to Eleven Sports he worked for BT Sport as Head of Legal, Sport having joined just before the launch of the channels and before that for he worked in kids TV at Nickelodeon. Outside interests include cycling and sailing - Alex spent a year out competing in the Clipper Round the World Yacht Race in 2005-06. Alex lives with his wife and three daughters in Suffolk.