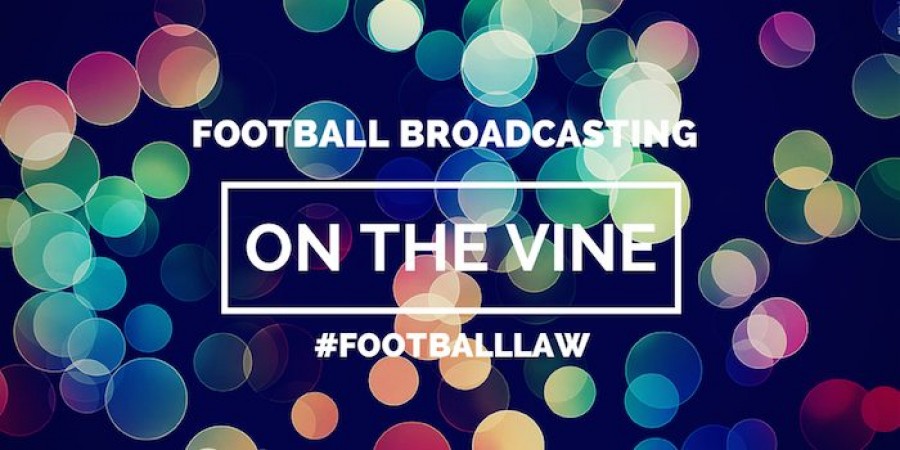 Friday, 22 August 2014 By Daniel Geey
The Premier League recently announced that it will be clamping down on Vine users recording Premier League footage (primarily on their mobile phone) and posting the recordings on social media channels including Twitter. The Premier League is concerned that as they have a variety of products that they auction to various companies in a large number of jurisdictions, consumers using Vine are infringing the Premier League’s copyright.
Vine1 is a social media network where users upload six second looping videos. Vine videos can then be shared between users on a variety of platforms. Vine is owned by Twitter. As well as selling live rights in the UK to Sky and BT, the Premier League sell a number of near live mobile and Internet rights to a number of retail distributers. See my previous blog2 for further background. In the UK, those distributors are The Sun and the Times newspapers. Consumers subscribe through access to apps and websites to view the premium, near live Premier League content. If consumers through Vine are able to make accessible the very goals and talking points that directly compete with the products that the Premier League has sold for around £20m over three years in the UK, this undermines the value of the product.
As such, the Premier League explains that Vine users will be breaching the Premier League’s copyright by recording a live broadcast that is not meant to be accessible to the public via the Internet or mobile app in each relevant jurisdiction. Dan Johnson, director of communications at the Premier League, explained3 that: