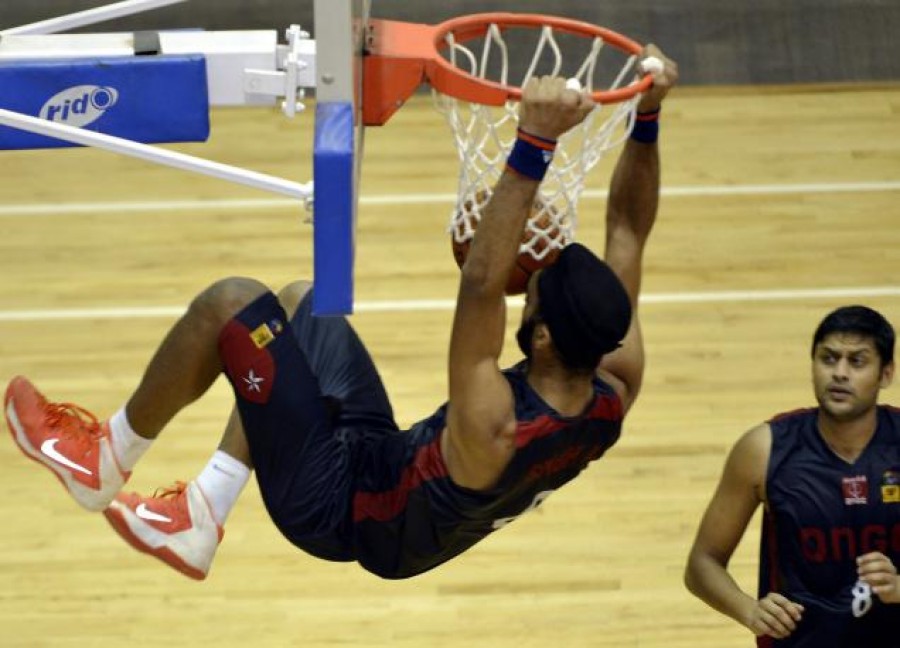 Friday, 01 August 2014 By Manali Kulkarni
This week’s Indian sports law update reports on an incident that occurred during the International Basketball Federation (FIBA) Asia Cup1, requiring two Indian Sikh players to remove their turbans before participating in the game against Japan. The incident was brought to the Basketball Federation of India’s (IBF’s)2 attention by the Times of India (TOI)3, two weeks after it took place, resulting in the Ministry of Youth Affairs and Sports4 taking action to contest the “no headgear” guideline in the FIBA Rules5. This week’s update also summarizes developments regarding the presence of Indian boxing coaches ringside at the Commonwealth Games6,7, and the upcoming Ravindra Jadeja-James Anderson hearings8.

No turbans allowed in the Asia Cup following FIBA rules

On July 12th, during the 5th FIBA Asia Cup in China, two Indian Sikh players, Amritpal Singh and Amjyot Singh, were required to remove their turbans before the game against Japan, in order to participate.9 The players were not allowed to play with their turbans on due to Rule 4.4.2 in the FIBA Rules, which states: “Players shall not wear equipment (objects) that may cause injury to other players. The following are not permitted: … Headgear, hair accessories and jewellery.”10 The Indian players were not permitted to wear their turbans for the duration the Asia Cup tournament.11

Only after the players removed their turbans were they allowed to play in the first quarter. Amritpal and Amyjot Singh were shocked at this requirement as they play with their turbans on during practice and have done so for other international tournaments in the past, such as the Asian Championship in Manila and the Lusofonia Games in Goa.12

India’s American coach, Scott Flemming, explained that he met with the tournament officials the day before the game with Japan to discuss turbans during games. It appears that at the meeting, the officials had cleared the players to play with turbans on during the game. The coach is unsure what changed by the start of the game, arguing it to be a matter of infringing on the players' religious practices.13

The Times of India brought this incident, now two weeks old, to BFI president’s, RS Gill’s, attention, who was unaware of this development. Gill is also a Sikh player and will be requesting reports on this matter for further information, claiming that the players should be permitted to wear their turbans during play.14

The Indian sports minister, Sarbananda Sonowal, explained that the Indian Sports Ministry, formally known as Ministry of Youth Affairs and Sports, has spoken to the BFI for its reports.15 The Indian Sports Ministry has also requested the IOC to create a regulation on permitted headgear for international sports federations to follow, in the hopes that a ban on turbans will be not be an issue in future international sports tournaments.16

In response, FIBA explained that the headgear rule was created 10 years ago for the “safety on the basketball court and uniformity of equipment within a team”.17 Thus, a turban, like any other unauthorized headgear, is not permitted under FIBA rules.

It should be noted that international football faced a similar conflict as FIFA18 Laws had banned head covers till 2012 because it posed a safety threat to the players. After a two year review requested by the Asian Football Confederation (AFC)19, FIFA reversed its decision, amending the regulation to allow athletes to wear both hijabs and turbans as of March 2014.20 The section titled, “Other Equipment”, under Law 4, “The Players’ Equipment” in the FIFA regulations now states: “Modern protective equipment such as headgear...are not considered dangerous and are therefore permitted.”21

Though it is too early to determine FIBA’s decision on the Asia Cup turban ban, FIBA’s policy-making board will review the headgear matter at its August 27 meeting in Sevilla, and then decide how to proceed.22