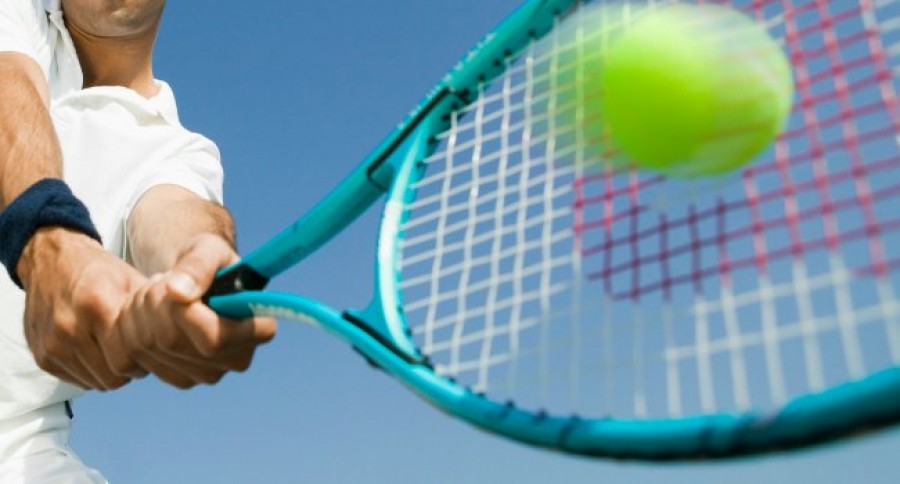 Last week, we gave the floor to lottery representatives to present perspectives on sports betting regulation and means to fight match-fixing. This week, in addition to the their speech, we have included a link to a video (below) as further explanation.

Specific emphasis was laid on one main contribution of the lottery community, e.g. their mutualised surveillance system to monitor suspicious and irregular betting, called GLMS (Global Lottery Monitoring System). We encourage you to find out more about GLMS with this 7 minutes video which sets the context within which this cooperation has developed and gives an insight of its objectives, operations, and value.

For the last two weeks of July, there have been match-fixing investigations and sentences given from various countries, including doping issues in Kenya, Romania, and Belarus as they gear up for the Olympic games. In addition, Operation SOGA made headlines last week as more than 4,100 people have been arrested and USD 13.6 million were seized during the two INTERPOL-led operations.

Moon Woo-ram, an outfielder competing in the Korea Baseball Organisation's second-tier competition, has also been indicted for allegedly receiving 10 million won ($A11,700) in cash and gifts from the broker for connecting him with Lee. South Korea's major professional sports leagues, including baseball, soccer and basketball, have been rocked by match-fixing scandals in recent years that have led to jail sentences and life-time bans of several players and coaches.

Marco Cecchinato, the Italian world number 143, has been banned from Tennis for 18 months and fined €40,000 for match-fixing. Cecchinato, part of the Italian Davis Cup squad just last weekend, is one of three Italian players to be banned, alongside Riccardo Accardi and Antonio Campo. The Italian federation has suspended Cecchinato until January 2018 for allegedly throwing his match against Kamil Majchrzak in the quarter finals of an ATP Challenger Event in Morocco last October. Also in 2015, he is alleged to have altered the outcome of a doubles match with Luca Vanni in Prostejov. The Italian tennis federation said: “Cecchinato has altered the results of his singles tennis match against Kamil Majchrzak at the ATP Challenger in Mohammedia in 2015, as well as his doubles match, played with Luca Vanni against Betov-Elgin, in the ATP Challenger in Prostejov, also in 2015."

“In addition to altering the results of those matches, Cecchinato was found guilty of giving confidential information about the upcoming match between Andreas Seppi and John Isner at the 2015 Roland Garros, and on a match of player Lorenzo Frigerio on the occasion of a Future ITF tournament.” Meanwhile, Accardi was suspended for 12 months and fined €20,000, while Campo has been banned for four months and given a €10,000 fine for several alleged attempts at fixing matches. An International Tennis Federation (ITF) statement confirmed that the Tennis Integrity Unit (TIU) has asked the Italian federation to provide it with the evidence on which the sanctions were imposed. “Once this evidence has been received and passed through the standard TIU investigative process, a decision will be made as to whether to charge (the three players) with a corruption offense under the Tennis Anti-Corruption Programme.”

BANGKOK, Thailand - More than 4,100 people have been arrested and USD 13.6 million seized in two INTERPOL-led operations across Asia targeting illegal gambling dens and websites during the Euro 2016 football tournament. During Operation SOGA VI (short for soccer gambling) nearly 4,000 raids were carried out across China – including Hong Kong and Macau – France, Greece, Italy, Malaysia, Singapore, Thailand and Vietnam on illegal gambling dens estimated to have handled USD 649 million worth of bets. Additional investigative support was provided by the Netherlands. Coordinated by INTERPOL’s Anti-Corruption and Financial crimes, Global Outreach and Regional Support units and its Liaison Office in Bangkok, both operations involved officers from INTERPOL National Central Bureaus and specialist units from across the region. “The number of seizures is the highest and most significant amongst similar operations in recent years. The SOGA operations are important for tackling not just illegal gambling, but also the organized networks behind this and other types of crime,” said Chief Superintendent CHAN Lok-wing, Head of Hong Kong Police Force's Organized Crime and Triad Bureau (OCTB) and current Chairman of the Asia - Pacific Expert Group on Organized Crime.

“The Hong Kong Police will continue to support INTERPOL in identifying and dismantling crime networks at the national, regional and global level,” added Chief Superintendent Chan. In addition to the operational activities, the OCTB also conducted a public education and awareness campaign via radio and television aimed at deterring illegal gambling. With Operation SOGA focused on local and national organized crime networks the second operation, called Aces, involving Cambodia, Korea, Philippines, Thailand and Vietnam, targeted the transnational networks behind illicit websites and call-centre type operations running online scams resulting in 33 arrests. Three offices running illegal online gambling sites were shut down in Thailand, and police in Malaysia arrested 15 individuals in connection with payment card fraud. Computers and mobile phones seized in both operations will be analysed to identify the potential involvement of other individuals and networks across the Asian region and beyond. “Illegal gambling generates massive profits for organized crime networks which are often linked to corruption, human trafficking and money laundering,” said Jim Anderson, head of INTERPOL’s Anti-Corruption and Financial Crimes unit. “The successes of Operations SOGA and Aces would not have been achieved without global information sharing and the significant efforts by the law enforcement authorities on the ground,” added Mr Anderson. To date, the combined six SOGA operations have resulted in more than 12,500 arrests, the seizure of around USD 53 million in cash and the closure of more than 3,400 illegal gambling dens which handled almost USD 6.4 billion worth of bets.

British Athletics is reviewing its policy of holding winter training camps in Kenya in light of recent allegations about widespread doping in the East African country. In a joint investigation with German broadcaster ARD/WRD last weekend, the Sunday Times reported claims by Kenyan doctors that they had given banned substances to more than 50 elite runners, including three from the UK. The two doctors and one of their associates were arrested by Kenyan police last week, and have already appeared in court, and two investigators from UK Anti-Doping (UKAD) have been in the country since last Thursday trying to corroborate their claims. British Athletics has been sending athletes to the Rift Valley for several years, as it provides altitude, good weather and lots of training partners, but even before the most recent claims some had questioned why Team GB hopefuls were training in a country that has not been compliant with World Anti-Doping Agency (WADA) rules. 'We review on a continuous basis and we've been looking at our approach to all our warm-weather training,' said Neil Black, the performance director of British Athletics. 'For example, we had some concerns last year about terrorism (in Kenya) but decided we were okay because we were getting constant feedback from security experts. And we've constantly monitored the situation with performance-enhancing drugs. We've been aware of that, thinking about that and evaluating it over the last 12 to 18 months - we're looking at it right now.' Black, who announced Team GB's 80-strong athletics team for the Rio Olympics on Wednesday, explained that British Athletics usually sends groups of athletes to the High Altitude Training Centre in Iten at three different points in the calendar. A group of up to 20 go for a four-to-six-week block before Christmas, a larger group of up to 25 go in January and then a smaller group of six to eight athletes visit just before April's London Marathon.

The British governing body runs overseas camps in several other locations, too, including Font-Romeu in France, South Africa's Stellenbosch, Flagstaff and Park City in the US, and more recently near Addis Ababa in Ethiopia, but Iten is popular because it is 2,400m above sea level and warm all year. Black said British Athletics had already decided to mix things up this year by not sending sprinters and field athletes to Stellenbosch in January, or distance runners to Kenya next January. In regards to the allegations made by the Kenyan doctors, the governing body has denied any knowledge of them, saying its runners are supported by British Athletics staff at all times. With doping now a criminal offence in Kenya, local law enforcement is actively investigating the alleged doping scene in Iten. Kenya is waiting to hear if its recent legislation and commitment to increased testing has been enough to return to compliant status with WADA's rules. In recent months, Africa's athletics powerhouse has frequently been mentioned in the same breath as Russia, where extensive doping has been exposed. On the vexed issue of whether Russian athletes should be allowed to compete in Rio, Black was unequivocal: they could come as neutral athletes, providing they had been through a thorough process to prove they are clean. When asked if these athletes should be allowed to wear Russian colours and compete under a Russian flag, Black said: 'No - I'm absolutely firm on that. 'They should definitely be able to demonstrate that they've not been involved in that system and have been thoroughly tested and so on. But it has to be neutral kit.'

LAUSANNE, Switzerland (AP) — The International Canoe Federation has banned sprint teams from Romania and Belarus from the Rio de Janeiro Olympics for widespread doping. The ICF says its executive board imposed one-year suspensions for both teams "with immediate effect." ICF President Jose Perurena says "we will do everything within our powers to remove them (cheats) from our sport." Olympic places will be reallocated by Monday's deadline after talks with the IOC and national Olympic bodies, the world canoeing body says. The ICF says "systemic doping" by Romania's team with meldonium, an eastern European heart drug banned since January, was proven after 11 athletes tested positive at training in April. Five Belarus team members violated anti-doping rules at a training camp in France that is the subject of a criminal investigation.

The Secretariat of the Council of Europe (Sport Conventions together with EPAS) is organising the 2nd International Conference for the promotion and implementation of the Convention on the Manipulation of Sports Competitions. The Conference will take place in Strasbourg on 20 and 21 September 2016.

The main target of the conference is to provide practical information and support to public authorities with regard to their on-going signature/ratification process of the convention, and/or implementation of the convention principles.