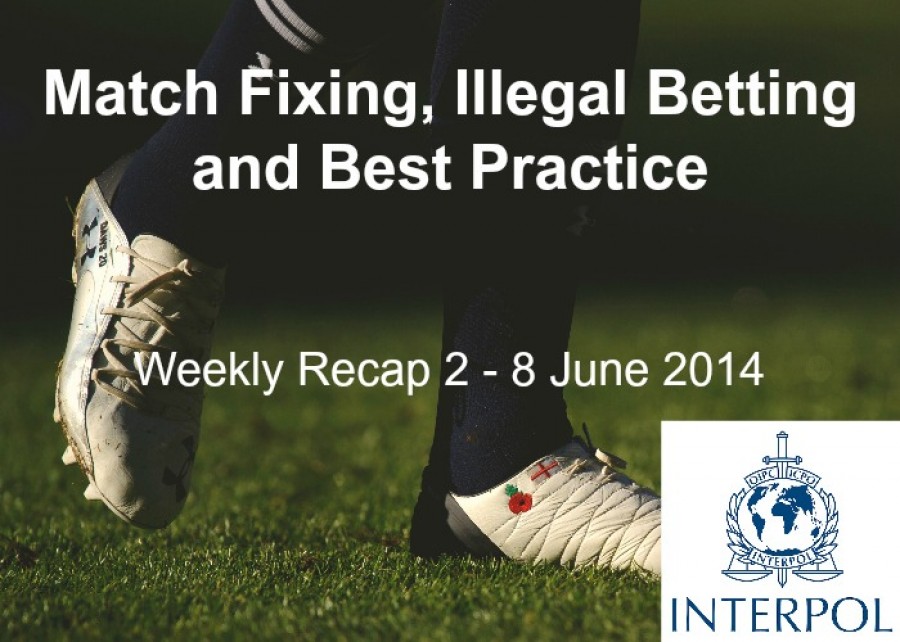 Sacachispas President Gerson Rodriguez denounced that days before his team lost the game for the second division of the National League, he received emails and calls requesting money to help the team in their next match at the Mateo Flores Stadium.
Rodriguez accused the referee Jonathan Polanco adding that even if his team had won, he will denounce Polanco. Rodriguez said that he had probes of the emails and calls from the referee requesting an amount of USD $4,500 for helping Sacachispas.
Source: Julio Mendez, "Referee accused of bribery attempt", 4 June 2014, Diez https://www.diez.hn/centroamerica/guatemalaca/715994-99/guatemala-acusan-a-%C3%A1rbitro-de-intento-de-soborno-por-el-ascenso

Despite being investigated for its possible role in fixing matches involving the Super Eagles, the Nigeria Football Federation, NFF, has refused to comment on the fresh allegations.Nigeria's friendly against Scotland last week, which ended 2-2, is under investigation for suspected fixing. The New York Times also published a report over the weekend that the friendly match between the Super Eagles and North Korea on the eve of the 2010 World Cup in South Africa was doctored. Nigeria won the friendly against the North Korean side by 3-1. Another friendly match between Nigeria and Argentina, officiated by controversial Nigerien referee, Ibrahim Chaibou, was also allegedly fixed. Nigeria won the match, played in Abuja, 4-1. When PREMIUM TIMES visited the NFF headquarters in Abuja on Monday, its General Secretary, Musa Amadu, said he would not comment on the fresh accusations. "Yes I saw the story and I have nothing to say to you about the issue on match-fixing, No comment," he snapped. The footballing body had earlier been mentioned by the unrepentant Singaporean match fixer, Wilson Raj Perusal, who claimed to have helped Nigeria qualify for the South Africa 2010 World Cup. The NFF denied that claim. Recently, a potential match fixer simply identified as Chukwuma Okoroji was caught on film suggesting he could arrange a yellow card for a World Cup game for more than £41,000 and a penalty for £81,000. The self-acclaimed football agent was caught telling an undercover reporter that he could fix games and organise certain outcomes during the World Cup which starts in Brazil in ten days time.
Source: Aderonke Ogunleye, "Nigeria: Football Federation Declines Comment On Fresh Match-Fixing Allegations", 2 June 2014, Premium Times https://allafrica.com/stories/201406030674.html

A criminal investigation into match fixing allegations is due into allegations that a total of thirteen footballers have affected match outcomes or taken money illegally. The Daily Mail has reported that a further seven players have been arrested by the police in connection to the NCA’s investigation. Six players from Preston North End and one from Barnsley were interviewed by police as part of an investigation into alleged bribery and money laundering. The Preston players are understood to be captain John Welsh, Keith Keane, Bailey Wright and David Buchanan, as well as Ben Davies and Graham Cummins, who are on loan at York City and Rochdale respectively. Barnsley midfielder Stephen Dawson is the seventh player. Others who have been implicated are Blackburns’ DJ Campbell, Sam Sodje and Akpo Sodje among others. Although this is vehemently refuted by the family, with Efe Sodje insisting: ‘Match-fixing slurs will not break my family’
Source: Rich Judges, "NCA investigation into match fixing findings due imminently", 8 June 2014, Football League World https://footballleagueworld.co.uk/nca-investigation-into-match-fixing-due-imminently/

A Women's Super League game is one of 13 British football matches that have been identified as having been fixed. Notts County's fixture with Everton on 20 April was highlighted by Federbet, an organisation monitoring suspicious gambling patterns. Both clubs say they have "spoken to the Football Association" about the report, which went before the European Parliament on Tuesday. Ten Conference games were implicated. Two of those were in the Conference Premier, with the other eight in the tier below it. Two League of Wales games were also named. The report by the Brussels-based gaming anti-corruption organisation suggests more match-fixing took place in England than anywhere else. According to its general secretary Francesco Baranca, the Women's Super League fixture came to Federbet's attention after a large movement of money on Notts County to either draw or win the match. County eventually won the game 2-0. A County statement said: "We have spoken to the FA and will be working closely with them as they investigate this allegation. At this point, we will be making no further ecomment." Everton Ladies also issued a statement. It read: "The club is aware of the report and has spoken to the Football Association. We are awaiting more information." Federbet, which is based in Brussels, has also accused football's authorities of failing to do enough to tackle match-fixing.
Source: "Football match fixing: 13 British games fixed - claims", 4 June 2014, BBC https://www.bbc.com/sport/0/football/27706762