The Courtois conundrum and the controversial clause 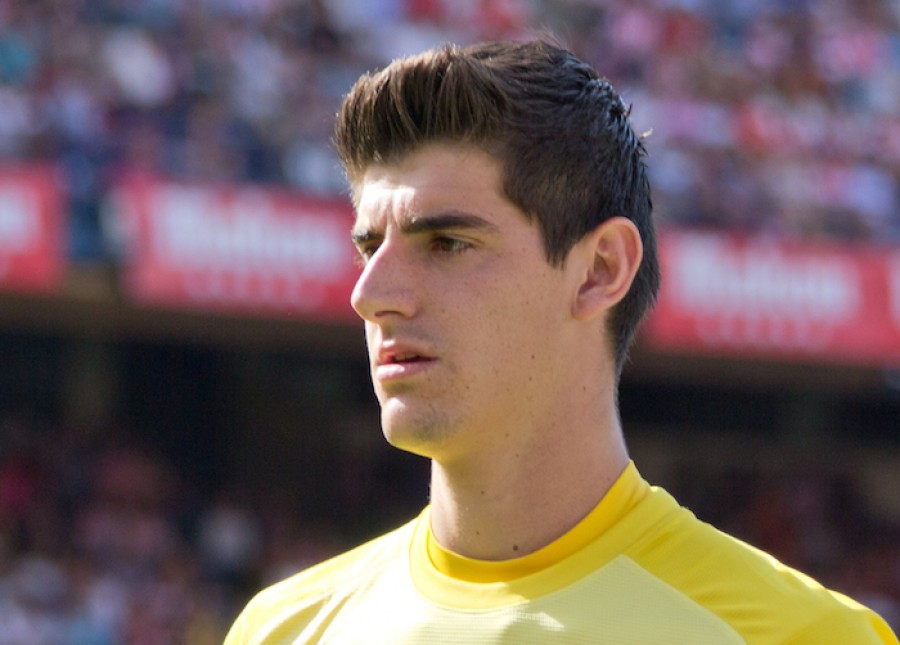 This year’s Champions League semi final saw Chelsea play Athletico Madrid. Far from being a straightforward match, this fixture has opened up a debate that calls into question UEFA’s loan regulations, and touches on issues that impact the integrity of the game.

In this article, I will examine the case of Athletico’s young goalkeeper Thibaut Courtois. Courtios is on loan to Athletico from Chelsea and has been since 2011. The Premier League regulations prevent a loan player from appearing against his parent club, but UEFA do not apply the same restriction. This means that, in theory, Courtios is free to play for Athletico in the upcoming Champions League semi final against Chelsea.

However – it has emerged1 that there is a clause in the keepers’ loan contract stating that should the two clubs meet in a European tournament, Athletico must pay a fee to Chelsea if they wish for Courtios to play. Now that this situation has in fact arisen, the Spanish club cannot afford to pay the fee2– therefore, Chelsea arguably have influence over team selection by essentially ruling out one of Athletico’s best players from the game.

In a week where Crystal Palace were criticised for even enquiring about the team selection for a game, is it right that Chelsea should have such power over the player selection in this fixture? In this blog I will look at the facts of this particular case, and discuss UEFA’s response to this unique, but potentially significant, issue.

Chelsea F.C. signed goalkeeper Thibaut Courtois from Genk for €7m3 on a 5-year contract in 2011 and immediately loaned him to Athletico Madrid. After a successful first season in which Courtois won the Europa Cup, Chelsea agreed to loan him back to Athletico Madrid for the 2012/2013 season and again in 2013/2014. The advantage for Chelsea is their young goalkeeper is playing competitive football in one of the best leagues in the world and each season a ‘loan fee’ is paid by Athletico which effectively means Chelsea have paid off the initial £7m transfer charge. For Athletico, they are benefitting from a world-class goalkeeper at a relatively low cost.

In the UK, the Premier League regulations prohibit loan players from playing against their parent club in any game (Rule V7.2)4. The intention is to protect the integrity of the game – by ruling it out entirely, the Premier League are avoiding a situation whereby a player may impact the outcome of a game on the instruction of their parent club. As an additional benefit, it also rules out the potential for clauses such as the one Chelsea included in the Courtois contract.

UEFA have no such restriction – there are many reasons why this may be the case, including issues surrounding free movement of workers across Europe. There are also different rules regulating loan players in Europe, where they are recognized as temporary transfers (discussed in more detail in my previous article5).