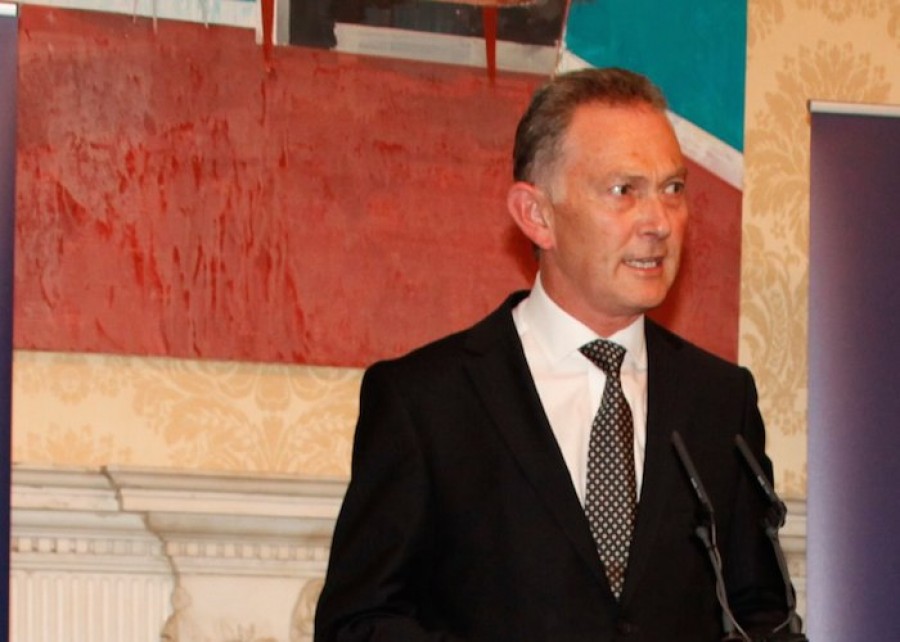 Friday, 30 May 2014 By Daniel Northall
Daniel Northall examines the legal implications of the recent controversy surrounding the Premier League’s Chief Executive.
Many commentators have called for the resignation/dismissal/disciplining of Richard Scudamore, Chief Executive of the Premier League, in the past weeks. The condemnation heaped upon him following the Sunday Mirror’s revelation of allegedly discriminatory emails sent by him1 has been near universal, to the extent that David Cameron has suggested a cabinet minister guilty of similar conduct would have been sacked2.
Yet, so far, Scudamore has avoided any formal sanction. This is causing its own controversy, with the Premier League and Football Association being accused of inertia, not least by a member of the latter’s own Inclusion Advisory Board3 .

Is the criticism fair?

Is the case against Scudamore so compelling that the only possible consequence is some form of disciplinary action, whether by the Premier League or FA, or is the position less clear cut?
One has to consider his position from three perspectives: Scudamore as an employee of the Premier League, as a director of the company behind the Premier League (The Football Association Premier League Limited (“FAPLL”)) and as part of his wider responsibilities towards the FA as the national governing body for football in England.

As an employee of the Premier League, Scudamore would be subject to certain express and implied obligations. For these purposes, the most significant would be the implied obligation4 that he would not act in a manner which was calculated or likely to destroy or seriously damage the relationship of trust and confidence between himself and his employer. The reference to “calculated or likely” in this context is important. Whether a breach is made out depends upon the effect of the conduct and not necessarily the intent that lay behind it.
How does respect for equality dovetail into the implied obligation? Equality is so ingrained into the modern employment relationship that an act of discrimination or a disregard for equality generally, properly made out, would be a compelling basis for finding a breach of the implied term5. It is for this reason that the majority of disciplinary procedures (in this author’s experience at least) prescribe discrimination as an example of gross misconduct for which summary dismissal will be considered.
The Premier League itself seeks to imbue equality into its ethos. The Premier League Handbook for 2013-20146 contains the Premier League Rules. Rule J4 states the following:
Each Club shall adopt and each Club, Manager, Official, Player and Academy Player shall observe, comply with and act in accordance with the Anti-Discrimination Policy set out in Appendix 2 to these Rules
Although the rule clearly applies to member Clubs, the Premier League as an organisation would no doubt endorse this statement of principle through fear of being accused of hypocrisy.
The Premier League’s position is put beyond doubt by the Anti-Discrimination Policy, which is contained within Appendix 2. Clause 1 of the policy states that the Premier League:
…shares with the Football Association a commitment to confront and eliminate discrimination, whether by reason of sex, sexual orientation, race, nationality, ethnic origin, colour, religion or disability.
Clause 4 of the policy sets out an arguably stronger statement:
The League will not tolerate sexual or racially-based harassment or other discriminatory behaviour, whether physical or verbal, and the Board will ensure that such behaviour is met with appropriate disciplinary action whenever it occurs.

The threshold of ‘discriminatory behaviour’

Did Scudamore’s emails cross the threshold of ‘discriminatory behaviour’ such that the Premier League was obliged by its own policy to take ‘appropriate disciplinary action’?
As any discrimination lawyer will tell you, context is key, and only tentative observations can be made in the absence of the original emails and the explanations of the protagonists unvarnished by the media coverage.
Scudamore has not disputed the reported content of the offending emails. The most damaging from the perspective of the Premier League’s stated aim of being an ambassador for equality in football appears to be his comment on the female capacity for “irrationality”. The remark is especially controversial when one recalls the furore surrounding Richard Keys’ and Andy Gray’s comments aimed towards assistant referee Sian Massey in 20117 .
Scudamore has made an unreserved apology for the emails and the contrition he has shown has generally been regarded as genuine. It has certainly been sufficient to cause FA board member Heather Rabbatts to row back from her original position that Scudamore should consider his position8.

Daniel Northall is an employment, commercial and sports lawyer at Littleton Chambers. His work has included a range of sports related disputes, including the dismissal of a Championship manager, and multiple claims against a rugby club in the Aviva Premiership brought by a former player.