The financial life cycle of a professional footballer - The early years 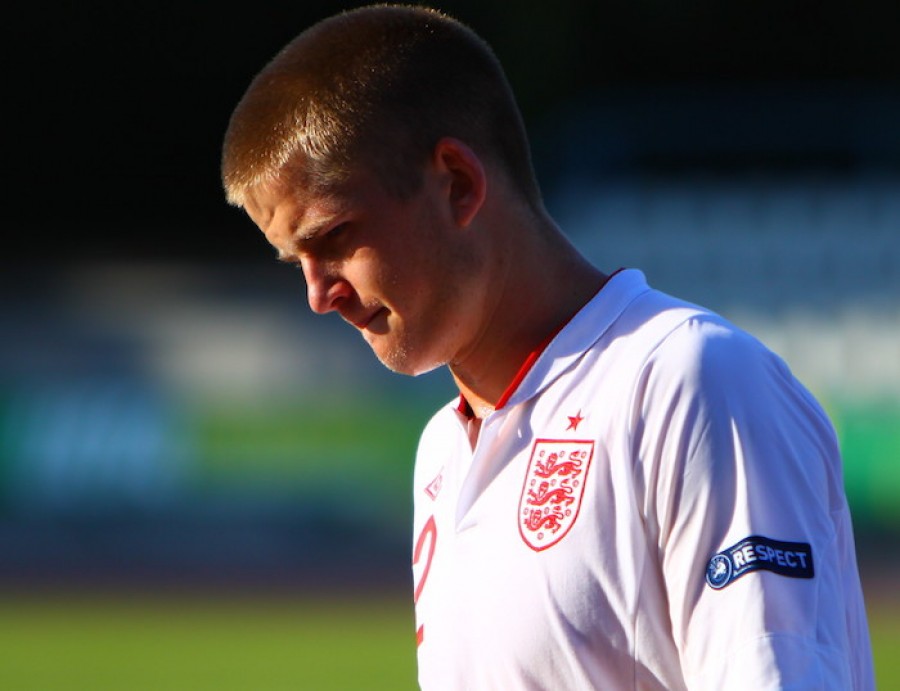 Monday, 16 June 2014
No two players are the same, but they all start as kids and they all retire one day – even Ryan Giggs!
Some players make millions of pounds, some lose it all; see the recent bankruptcies of Chris Sutton1 and David James2.
In this two part article former player, now Independent Financial Advisor, Sam Sloma of First Wealth LLP and sports lawyers Anna Moore and Robin Charrot of Mills & Reeve chart the life cycle of a footballer and suggest some ways to help players protect their wealth. Part 1 focuses on the financial and legal risks for young player and part 2 outlines how players can protect their wealth by planing for retirement.

Most British players sign a scholarship agreement at the age of 15 or 16 during their last year of secondary school. The signing of the scholarship agreement offers promising players an opportunity to develop their potential in a full time professional environment.
A typical scholarship agreement is for a period of two years with an option to extend to a third year. Young players are not allowed to sign a professional contract until their 17th birthday expect for scholarship agreements under Rule C3 of The Football Associations ‘Rules and Regulations of The Association’3. Many of the most promising players sign pre contracts to automatically kick in on their 17th birthday. (The validity of these has been discussed in Mills & Reeves previous blog.
Scholars earn less than £100 per week, however first year professionals can earn anything from £150 per week up to six figure salaries.
These days it is not uncommon for some of the biggest clubs to pay huge sums to young players and it is rumoured that some clubs have also made payments to the players’ families to capture a signature.
Signing any of these first contracts is only the beginning.  According to Michael Kinsella, CEO of Onside academy, the percentage of players playing football full time at 16 and still in full time football at 21 is just 2%.4 The amount from 21 to 25 is further 2%. This shows you how truly difficult it is to become a professional footballer.
The earnings projection for a player from the first contract is extremely variable dependent on club, league, position, background (as in how long you have been at the club, youth team players are often paid less than those brought into the fold) and how many appearances they have made. The hierarchy of the club is also an important and moving obstacle. Managers come and go which adds to the instability and the time needed to integrate young players into a first team environment.
Once established, players continue the battle for stability. Only when a player reaches the elite level do they have control over their destiny. Footballers battle daily to establish themselves and maintain their place in the team. This competition for places enables new contracts and moves to other clubs.
As players come to the end of their careers they usually fall into two categories: those that stay at a high level and finish their playing career there, and those that work their way down through the leagues going from club to club just to earning a living for another season.
If players decide to move into another profession, their income is likely to be lower than that of their football career while they are new to the industry. This leads to a period of adjustment that can bring physical and psychological changes that can be challenging; cases of depression in retired sports stars are commonplace (see previous blog on this topic “The Reality of "Life After Sport"”5).
It can be easy to stereotype footballers given the focus on player wages, but it can be overlooked that most players have worked hard to get to establish themselves as a professional. They will have been through highs and lows and seen many friends fall by the wayside. As in any profession, the people are just that; people. They have been shaped by their past, their upbringing, a little luck and their desire to succeed.
With the above in mind the need for good professional advice is fundamental whether it be from agents, lawyers, financial advisers, accountants, solicitors, nutritionists, psychologists, etc.
From a financial perspective, a player’s earnings can be extremely volatile and build up over a short period of time. Sometimes peak earnings can be as little as three to six years in a professional career. One big contract in the premier league can be all a player secures. If it doesn’t work out at that particular club, the player will only have a number of years earning £Xm per year. Given that a player in this situation is unlikely to be able secure such a lucrative contract again they will not be in a position to leave the club. When one factors in 45% income tax and the pressure to live a certain lifestyle it is not so difficult to see how financial issues arise.

We use two footballing analogies when advising players regarding their finances.
The first is keep it simple. If the right planning is implemented and refined over time, top footballers can easily be financially independent by the end of their careers. This independence is very much aligned to level the player reaches. Premier League players can be secure for life, players in league two might have two years’ worth of expenditure saved allowing them to retrain in that period without the major worry of how do they support their family.
Second is to get into good habits. Saving regularly from a young age makes it much easier to build wealth over the long term. Those that start to save later in their career (28/29 years of age) find it much harder to build wealth as they have become used to living a certain lifestyle.
Young players usually first experience earning money around the time they are having thoughts of owning their own car. Most are still in school so the sensation of earning their own money is a good one. Most aren’t earning fortunes but these players do get used to budgeting and the feeling of being without any money as pay day arrives. Something a sensational number of professional footballers don’t experience.
It is the start of a players career, if they have been earmarked as a player of special talent or are playing for their country an agent or lawyer may explore the idea of establishing an image right or promotional company for the player in question. This can be done at any time (see ‘Image rights companies in football – where are we now?’6).

Typically, a player assigns (sells) his image to a company and this has future control over this player’s image. The company will pay tax at corporation tax rates (20% approx.) which is less tax than the higher and additional rates of UK PAYE rates. Also any potential sponsorship deals and commercial partnership deals can go through this company.
The reason to set an image rights company up early is the sale of the players right is a disposal for capital gains tax. If the image has a value then the government could charge tax on this disposal. So, while the player is a relative unknown, they can sell their image with no tax major implication. The downside is there is a cost involved to set up and manage an images rights company and the player may never realise his potential and therefore not see any benefit from this structure.

As young pro’s begin to earn more significant amounts of money they start to think about saving for a deposit on their first home. Property is a common asset class amongst footballers. It is a tangible asset that they can see, feel, understand and it is common for young professionals to be interested in buying a first home.
A key lesson for a young professional footballer is to make sure they do not cause any issues with their credit rating. Things like missing credit card payments, not paying phone bills or closing old accounts can often cause much bigger problems further down the line. Regardless of levels of income, poor credit history can be detrimental to everyone.
Many mortgage companies will only lend to players up to age 35 (40 if you are a goalkeeper) as after this point their earnings are likely to diminish significantly. This means repayments are higher than mortgage repayments for other professionals. That said paying down the debt is a good thing and should always be encouraged.
One of the biggest issues for players is that after they buy a large home while away from the area they will want to live in upon retirement. For example, a London born player playing up in the North East of England, may well return home to London in his retirement to be closer to his family. He has been in the North East for two years and doesn’t want to rent a property. He has three kids and therefore decides to buy a large family home. For the purpose of this example the player is earning £1.5m per year plus bonuses and buys a home for £2m. A year later he transfers to a club on the South Coast and now must do something with his property. It quickly becomes apparent that it is difficult to cover the mortgage payments with rent from a tenant (the shorter term mortgage works negatively in this example) and the market for selling very expensive homes in the North East is smaller than in a bigger housing market such as London. Also the looking after the home presents another problem. It is unlikely a player is going to travel across the country to check on his property on his day off.
One can see how what would otherwise seem like a good investment may become problematic for a young player if not managed correctly.
In part 2 the Sam Sloma, Anna Moore and Robin Charrot outline some financial and legal considerations of how football players can protect their wealth by planing for retirement.
References