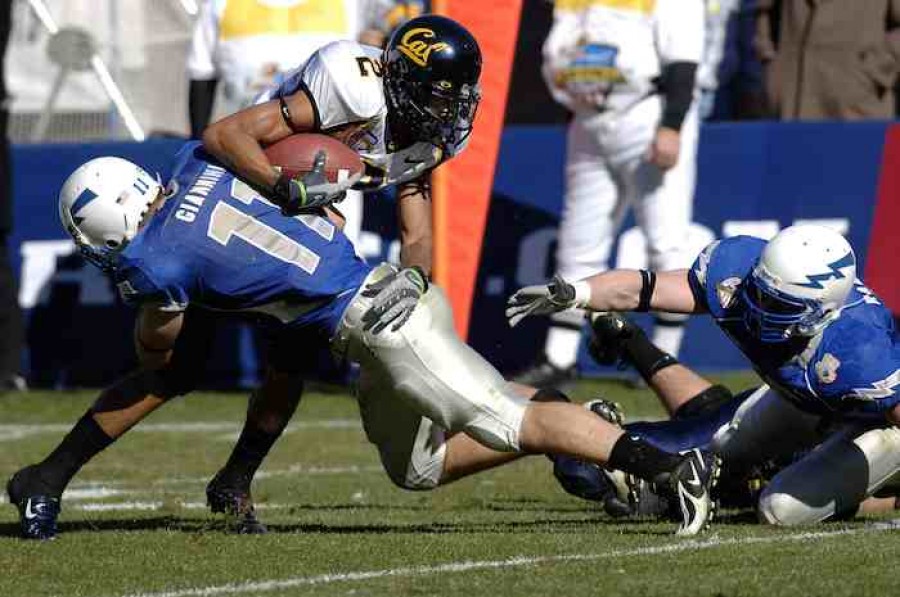 On Tuesday, August 5, the family of former University of California football player, Ted Agu, filed a wrongful death lawsuit against the university claiming negligence in the Agu’s sudden death earlier this year.
After offseason training drills in February, Ted Agu was taken by University of California medical staff to Alta Bates Medical Center as he exhibited signs of extreme fatigue. There, Agu was pronounced dead. The coroner’s report released in April stated hypertrophic cardiomyopathy as the cause of death. His family and attorneys, however, have a different theory.
The complaint alleges that the coroner’s report is incorrect and that Agu died due to a sickle cell trait, which restricts blood flow. NCAA standards require universities to test all athletes for sickle cell, thus, the University of California either knew or should have known about Agu’s alleged sickle cell trait.
The family also claims the university was negligent in hiring and retaining one of its trainers, Robert Jackson. The complaint alleges that Robert Jackson was the most experienced trainer on site and that he should’ve responded quicker. The complaint’s allegations against Jackson are not new to attorney Steve Yerrid, who was approached by the Agu family after they heard of his involvement in a similar case in Florida. In 2008, Yerrid represented the family of Central Florida football player, Ereck Plancher, who died after conditioning drills. Notably, the only certified athletic trainer present was Robert Jackson.
In a statement, the University of California stated1 that it is still deeply saddened by the loss of Ted Agu and that he will forever be a member of their family. They also believe that their athletic department responded promptly and followed protocol. Ted Agu’s family has declined to speak to the media or release a statement.
References