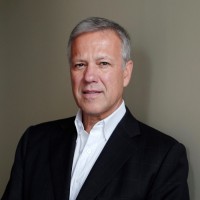 Matt is a Professor of Law and the Executive Director of the National Sports Law Institute and the LL.M. in Sports Law program for foreign lawyers at Marquette University Law School in Milwaukee, Wisconsin. He served as the Law School’s Associate Dean for Academic Affairs from July 2002 to June 2004. He currently teaches Amateur Sports Law, Professional Sports Law, Sports Sponsorship Legal and Business Issues Workshop, Antitrust Law, and Torts, and has also taught Comparative Sports Law, International Sports Law, Legal Ethics and Professional Responsibility, and a Sports Law seminar during his 28-year teaching career.

He is an arbitrator for the Court of Arbitration for Sport (Lausanne, Switzerland) (serving on the ad hoc Division for the XXI Winter Olympic Games in Sochi, Russia and the American Arbitration Association’s commercial, consumer, doping and Olympic sports arbitration panels as well as the UFC and the Ladies Professional Golfers Association anti-doping panels. He has been appointed/served as the sole arbitrator, chair, or panel member in numerous sports, commercial, or consumer arbitrations. He is a member of the Sports Lawyers Association (SLA) Board of Directors (serving as SLA president from May 2015-May 2017) and the Advisory Board for the Sports & Society Initiative of The Ohio State University College of Arts and Sciences. He formerly chaired the American Association of Law Schools’ Section on Law and Sports and the National Collegiate Athletic Association’s Committee on Competitive Safeguards and Medical Aspects of Sports, and served on the inaugural Board of Directors of the Forum for the Scholarly Study of Intercollegiate Athletics at the invitation of former NCAA president Myles Brand.

He testified before a U.S. Congressional joint subcommittee regarding proposed federal regulation of ephedrine in August 2003 and the Knight Commission on Intercollegiate Athletics regarding alternative regulatory systems for college sports in May 2015. He has discussed a wide variety of sports law, business, and ethics topics at more than 175 conferences and seminars throughout the United States as well as in Australia, Canada, China, England, the Republic of Korea, and Turkey.