Managing Counsel and Head of Anti-Doping Division,
Court of Arbitration for Sport in Lausanne, Switzerland 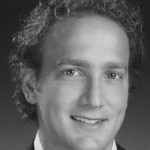 Brent John Nowicki is currently Managing Counsel at the Court of Arbitration for Sport (CAS) in Lausanne, Switzerland. He joined the CAS in 2013 after 7 years as an attorney with the law firm of Hodgson Russ in Buffalo, New York. He received his undergraduate degree from Fairfield University, where he was a member of the Division I lacrosse program, and his Juris Doctor, with honours, from the State University of New York, University at Buffalo.

Mr. Nowicki has extensive and unique experience in the field of international sports law. He has represented various parties while in the private practice of law, and served as a consultant for a number of clients in the sports industry. While in private practice, Mr. Nowicki represented various parties in contract negotiations, rights of publicity, as well as legal representations of grievances, hearings, and appeals. On an international level, Mr. Nowicki is active in the anti- doping movement in Olympic sports, handling several major doping cases in his role as counsel to the CAS. His current work at the CAS exposes him to virtually every sporting dispute between the IOC, sporting federations, associations (FIFA and UEFA), leagues, teams, and players. Notably, Mr. Nowicki is the first North American attorney to act as Counsel at the CAS and was the Head of the newly-formed CAS Anti-Doping Division for the Olympic Games in Rio de Janeiro (2016) and PyeongChang (2018).

Mr. Nowicki serves on the International Committee of the Sports Lawyers Association, the Board of Directors for the Police Athletic League and is currently a member of Switzerland’s National Lacrosse Team.