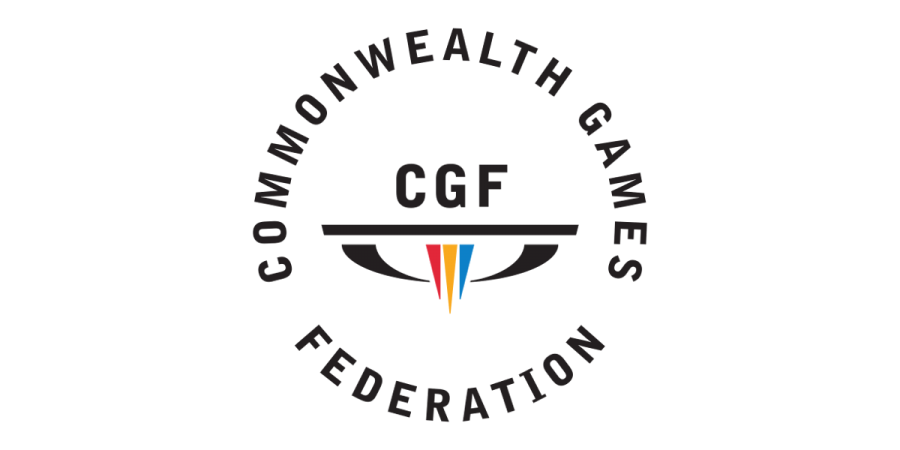 A resurgent Commonwealth of Nations and Territories today committed to a new consultative process of jointly scoping the 2026 and potentially 2030 Commonwealth Games Host City Partners, with 2026 targeted to be awarded at its next General Assembly in September 2019.

During the Commonwealth Games Federation (CGF) General Assembly on the Gold Coast, Australia, the 71 Commonwealth Games Associations (CGAs) were informed of an 18-month-long consultative bidding process for the XXIII and XXIV editions of the Games, under the new CGF Partnerships model. The landmark step will allow the Commonwealth Sports Movement to capitalise on the Federation’s innovative new Games delivery model, CGF Partnerships (CGFP) which aims to support host nations and cities and enhance the overall value of hosting the Games.

Commonwealth Games Federation President, Louise Martin CBE said: “With the much-anticipated Gold Coast 2018 about to burst into life and confirmation of Birmingham as host city partner for 2022, all our efforts are focused on capitalising on this forward momentum and the renewed relevance in our Commonwealth.

“We confirmed today that we will begin an innovative and ambitious host city appointment process to secure hosts for the 2026 and potentially 2030 Commonwealth Games simultaneously, with the ambition to make an announcement at the next CGF General Assembly in September 2019. We will soon begin the process of reaching out to our 71 Commonwealth Games Associations and their national and local government partners to better understand their ambitions for their citizens and communities.

“As we celebrate and support the thousands of Commonwealth athletes here on the Gold Coast, and work hand-in-hand with local and national partners to realise the benefits of the Games on the host community, there is no better reminder of the transformative impact and social foundations of the Commonwealth Sports Movement.”

In a unanimous decision, the Commonwealth Sports Movement agreed to the readmission of The Gambia to the Commonwealth Games Federation, after a five-year hiatus. Consequently, it was confirmed that the country have had six athletes approved for participation at Gold Coast 2018.

“The Gambia’s welcome return to our family of nations last month is yet further evidence of the continued momentum that currently exists with the Commonwealth. It was a race against the clock to put forward a resolution in time for today’s General Assembly to approve the nation’s application to re-join the CGF, but the decision shows we are nimble, willing and welcoming. To have succeeded in bringing The Gambia back into the Commonwealth sporting fold is a great achievement at a hugely exciting and momentous time for our resurgent Movement,”added Martin.

The Assembly was officially opened with a formal Welcome to Country by well-respected Yugambeh Elder, Dr. Mary Graham. Following this, in a special address to the assembled membership, Commonwealth Secretary General, the Rt. Hon Patricia Scotland QC, discussed the broader social impact of Commonwealth Sport, and the powerful and timely combination of the upcoming Commonwealth Games, the 9th Commonwealth Sports Ministers Meeting taking place on the Gold Coast just prior to the Games, and the 2018 Commonwealth Heads of Government Meeting (CHOGM) to be held in London just after the Gold Coast 2018 Closing Ceremony.

“The Commonwealth Games have long been – and remain – of immense importance as accessible and widely recognised expressions of our shared Commonwealth values and identity – with and beyond our nations and territories,” said Scotland.

“The synergy and mutually reinforcing nature of the messaging and ambition of the CGF, of Gold Coast 2018 and of the Commonwealth Heads of Government Meeting is very clear. We work – in the words of the 2018 CHOGM theme – towards a common future’”.

Building on the pledges made in Transformation 2022 and the CGF Executive Board’s unanimous endorsement of the Federation’s first-ever Human Rights Policy in October 2017, the Assembly also welcomed the publication of the guide, Championing Human Rights in the Governance of Sports Bodies. The far-reaching guide provides practical steps for Sports Bodies of all levels and of all capacities to follow and was delivered by the Institute for Human Rights and Business and Mega-Sporting Events Platform for Human Rights, with support from DLA Piper and Unicef UK and input from the CGF, as well as the IOC, FIFA, and UEFA.

Commonwealth Games Federation Chief Executive, David Grevemberg CBE said: “The Commonwealth Games and Commonwealth Sports Movement have a well-established history and proud heritage of uniting diverse nations and cultures through the power of sport, whether that be through our Youth Games, our Glasgow 2014 partnership with UNICEF or through the new industry-leading standards for inclusivity and gender-equality that are being set here on the Gold Coast.

“We are all custodians of sporting movements and organisations that have inherent potential to create positive change in the world. To realise this potential, it is essential that respect for human rights be embedded within governance and operations. We are delighted to support the development and promotion of this important guide for sports leaders around the world, and hope this will be the start of much-needed integration of human rights practices in international sport,” added Grevemberg.

In an update presentation on the work of the Clean Sport Movement, World Anti-Doping Agency (WADA) President, Sir Craig Reedie, praised the CGF as an "international leader in the clean sport effort".

"Commonwealth Sport has long held a special place in my heart, with its focus on fair, friendly and honest competition. The CGF, along with its partners ASADA and GOLDOC, have a robust anti-doping programme in place for Gold Coast 2018, supported by a strong WADA Independent Observer program, and so I am confident that we will see a fantastic display of clean sport here on the Gold Coast," said Reedie.

The CGF General Assembly also received a final update from the Gold Coast 2018 Commonwealth Games Organising Committee (GOLDOC), who were extensively praised for their stewardship and development of the multi-sport extravaganza which begins in just four days’ time.

“Australia can always be relied on to deliver a loud and proud celebration of sport. The watching world will soon see history being made as Australia’s fastest growing city goes above and beyond to deliver for the athletes and sports fans of the Commonwealth,” said Martin.

“We are full of appreciation and admiration for the people, the first nation’s people, the organisers, volunteers and supporters here on the Gold Coast and across Queensland and Australia. The Athletes’ Village in particular is truly outstanding, getting teams and athletes in the best possible position for competition – it’s game on here on the Gold Coast and we look forward to the Games getting started at a time when the world’s eyes are well and truly back on the Commonwealth,” added Martin.

All 71 participating nations and territories have arrived on the Gold Coast for the 21st edition of the Commonwealth Games, which will present the largest ever sports programme in Games history - including its first Beach Volleyball, Para-Triathlon and Women’s Rugby Sevens competitions - and historic commitments to inclusivity, equality and social justice. Gold Coast 2018 will be the first-ever major multi-sports event to offer an equal number of medal opportunities for men and women; and the first to develop and deliver a Reconciliation Action Plan, paving the way for future host nations to show leadership towards reconciliation through sport.

Gold Coast 2018 Organising Corporation (GOLDOC) Chairman Peter Beattie said the honour of hosting the Commonwealth Games on the Gold Coast had seen the city transform enabling opportunities and investment in the Gold Coast not seen for more than 50 years.

“We have seen early legacies from transport upgrades and venues built and redeveloped ahead of the Games that have already been utilised by the community, and we will see many more legacies ahead for the people of the Gold Coast and Queensland,” said Beattie.

“The energy and enthusiasm of our workforce, volunteers and partners has culminated in a Commonwealth Games that before it even starts has touched the hearts and minds of many and we thank the Commonwealth Games Federation for the opportunity to present the 21st Commonwealth Games – it has been a long and rewarding journey and we look forward to shining on the world sporting stage.”

Delegates received their first update on the Birmingham 2022 Commonwealth Games, which were awarded to the English city in December 2017. Team England Chairman Ian Metcalfe, the host Commonwealth Games Association of the XXII Commonwealth Games, outlined plans to bring together 6,500 athletes and officials in one of the youngest cities in Europe (around half of its residents are under 30); cheered on by a diverse, welcoming and sport-loving city that is seen as a microcosm of the Commonwealth itself, as it is home to residents who can trace their roots to each and every Commonwealth country. The majority of venues are already in place – with only an Aquatics facility in Sandwell needing to be built - a key strength in Birmingham’s bid proposals. There was also a brief update from the Northern Ireland Commonwealth Games Council regarding their ongoing negotiations with national and UK Governments regarding funding proposals for the 2021 Commonwealth Youth Games.

Members of the Commonwealth Sports Movement also enjoyed a viewing of a trailer for the highest-grossing Bollywood film of all time, and fifth highest grossing non-English film ever, Dangal. The CGF played an instrumental role in the production of the film before it was released in December 2016, by supporting production with Delhi 2010 Commonwealth Games licenced footage.

Based on the true story of the Phogat family, telling the story of Mahavir Singh Phogat, an amateur wrestler, who trains his daughters Geeta Phogat and Babita Kumari to become India’s first world-class female wrestlers who go on to make their debut at Delhi 2010, and become the first Indian wrestlers to win gold medals at an international sport event. “Dangal is a fantastic Indian story. It is a fantastic Commonwealth story, and it is a fantastic legacy of the Commonwealth Games,” said CGF Chief Executive Officer, David Grevemberg CBE.

The meeting - hosted by Commonwealth Games Australia at the Games Family Hotel, the Sheraton Grand Mirage Hotel on the Gold Coast – is the Annual General Meeting of the Federation’s 71 members and the highest authority of the Commonwealth Sports Movement. The previous Assembly took place in Edmonton, Canada in October 2016. It was announced that the preferred host for the 2019 General Assembly will be Kenya, and is due to take place in September 2019, subject to final confirmation.