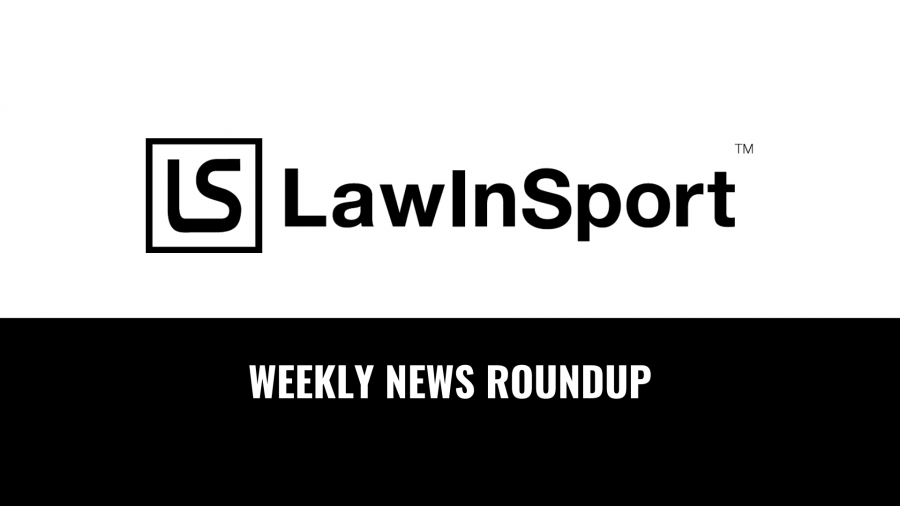 The Oceania Football Confederation’s Executive Committee this week agreed to changes to the region’s competitions calendar for 2022 and a reshaped format for next year’s...read more

FIFPRO and UEFA have signed a joint cooperation agreement that recognises the Red Button whistleblowing app as the go-to platform for professional footballers to report...read more

Women will race against men for the first time in Sail Grand prix history this weekend. F50s will now include six crew members enabling Women’s Pathway Programme athletes to race on board with men...read more

BHA Confirms Changes To The Rules Of Racing

All horses entered to run in a race in Britain must be signed out of the human food chain via its passport by 1 January 2022. Equine Influenza vaccination requirements updated, in line with other...read more

The Premier League, Newcastle United Football Club and St James Holdings Limited have today settled the dispute over the takeover of the club by the consortium of PIF, PCP Capital Partners...read more

The Rugby Football League is today celebrating the impact of the Tackling Inequalities Fund, which it was awarded to support communities disproportionately affected by the coronavirus pandemic and...read more

Football Australia has established an independent complaints process following recent allegations of abuse by former international Lisa De Vanna. De Vanna has alleged that she has been a victim of...read more

From 1 January 2022, all glucocorticoid injections will be prohibited in-competition. This is a new ruling making their classification consistent with oral glucocorticoid preparations. Athletes...read more

NFL Players Association is excited to announce that All-Pro running back and Super Bowl champion Marshawn Lynch will serve as the union’s first ever chief brand ambassador...read more

PointsBet was recently selected as an Approved Sportsbook Operator of the NFL for the 2021 season PointsBet will gain access to Genius Sports’ leading portfolio of global sports data and content...read more

FIFA has today published the second report on the activities of its Players’ Status Department (PSD), covering the period from 1 July 2020 to 30 June 2021. While international transfers decreased...read more

Having worked closely with Formula E since first announcing their partnership in Season 4, Bosch has committed to sharing its expertise as an Official Partner of the ABB FIA Formula E World Champio...read more

INADO Project: Overview Of 20 Years Of Research Funded By WADA And PCC

INADO is presenting the results of a two-month project about social and scientific research on anti-doping in the last 20 years, funded by the World Anti-Doping Agency (WADA) and Partnership...read more

Preliminary discussion on the review of Cannabis: “…the ExCo endorsed the decision of the List Expert Advisory Group to initiate in 2022 a scientific review of the ...read more

The amount of back-to-back matches in elite men’s professional football has increased over the last three years, with some footballers spending 70 to 80 percent of their playing time in a two-game...read more

Former United States Deputy Attorney General Sally Yates has been appointed by US Soccer to lead an investigation into allegations of sexual misconduct in the National Women’s Soccer League...read more

Competing members of England Boxing and their coaches are encouraged to study the newly-released 2022 List of prohibited Substances and Methods produced by the World Anti-Doping Authority...read more

Action Alert! On October 7th, World Day for Decent Work, UNI Global Union and unions on every continent will call upon the ILO to designate occupational safety and health as a...read more

The proposed plans by FIFA to stage both the men’s and women’s World Cup tournaments every two years will have profoundly detrimental sporting, economic, societal and many other impacts that will...read more

Vanda Sigurgeirsdóttir was elected as president of the Football Association of Iceland (KSÍ) at its extraordinary congress on Saturday. She will be the first woman in its history to serve as president...read more

As part of improving education and integrity capacity building both in Africa and globally, FIFA kicked-off on Thursday 30 November the Global Integrity Program for CAF Member Associates...read more

Munsey And Budge Fined For Breaching ICC Code Of Conduct

Scotland players George Munsey and Dylan Budge have both been fined 15 per cent of their match fee for breaching Level 1 of the ICC Code of Conduct during their ICC Men’s Cricket World Cup League...read more

Teams allowed to make unlimited squad changes before their first match in case of serious injury or illness, while matches will go ahead as long as a team is able to field a squad of 13, including ...read more

The 2021 session of the FIBA Europe General Assembly convened in Sarajevo on Saturday under a hybrid meeting format, with approximately two-thirds of the delegates attending in person in the capita...read more

In the lead up to and during the 2018 IWF World Championships and the 2018 Youth Olympic Games, samples collected from 10 Thai weightlifters returned Adverse Analytical Findings for exogenous...read more

The World Anti-Doping Agency (WADA) is pleased to publish the 2022 List of Prohibited Substances and Methods (List); the 2022 Summary of Major Modifications and Explanatory Notes; and the...read more

FIFA is deeply concerned by the recent reports in the US made by several players.  Due to the severity and seriousness of the allegations being made by players, we can confirm that FIFA’s judi...read more

Body composed of three chambers to become operational on 1 October # New procedural rules for dispute resolution to be applied Procedures to be free of charge if at least one of part...read more

The Board of FIBA Europe, term of office 2019-2023, convened for its 15th meeting in Sarajevo on Friday, October 1, ahead of the annual General Assembly of the European national federations...read more

USADA announced today that Matt McWhirter, of Scottsdale, Ariz., an athlete in the sport of cycling, has received a four-year suspension for an anti-doping rule violation. McWhirter was subject to...read more

Continuing to play sport as we age is regarded as an ideal facilitator of healthy ageing through enhanced physical, mental, and social wellbeing. And as the international sporting arena continually...read more

Further to the incident involving Belarusian athlete Krystsina Tsimanouskaya at the Olympic Games Tokyo 2020 and the decision taken by the IOC to cancel and remove the accreditations of the two...read more