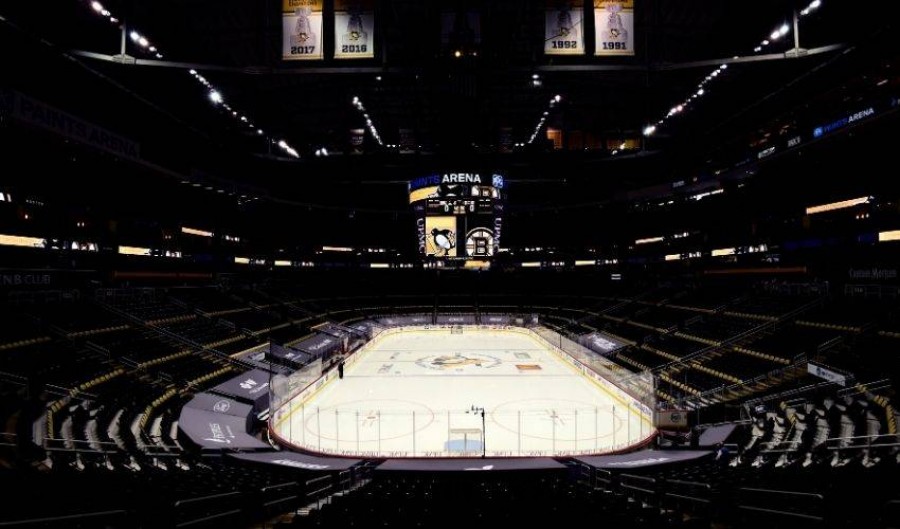 The NHL and Turner Sports on Tuesday formally announced a seven-year agreement that begins next season and will put three Stanley Cup Finals on the TNT cable network.

The world's top hockey league is eager to replicate the success found on Turner by the NBA.

“From our standpoint, we looked at the strength of the Turner Sports portfolio, which is outstanding,” NHL Commissioner Gary Bettman said. “They put a fun and innovative factor into all of what they do, and we’re excited to have that same treatment for our sports, and for our fans.”

Turner and corporate owner WarnerMedia surprised many with the acquisition. Longtime NHL partner NBC and Fox were seen as the  to get the second package after the league reached an agreement with ESPN last month.

NBC’s run of covering the league since 2005 ends after after this season’s playoffs. It is in the final season of a 10-year contract.

WarnerMedia News & Sports Chairman Jeff Zucker said Turner’s style and approach to covering the NBA and baseball will translate well to hockey. Whether it has the same vibe as its NBA coverage, which includes the successful “Inside the NBA” studio show, remains to be seen.

“Obviously I think that there’s a style to Turner Sports, but you can't just copy ‘Inside the NBA’ on Thursday nights," he said. “We’re going to bring that same approach to the NHL but also one that I think is innovative, fun and dynamic.”

Zucker said there haven’t been any decisions about studio talent or announcers. Charles Barkley is a big hockey fan, so it wouldn’t be a surprise if he made an occasional appearance.

There are also live streaming and digital rights across WarnerMedia properties, including HBO Max and Bleacher Report. Zucker said there is the possibility that live games could be streamed only on HBO Max, but that isn't likely until the 2022-23 season at the earliest.

Zucker also said it remains to be determined what days regular-season games will appear on TNT. The network has NBA games on Tuesday and Thursday as well as a successful wrestling show on Wednesday. The NHL has used Wednesday to air showcase games in the United States and Canada.

When the Stanley Cup Finals are shown on TNT in 2023, it will mark the first time since 1994 the NHL championship round will be only on cable. Bettman noted that TNT is available in 90 million homes and that content of major properties is not just confined to broadcast networks.

The NHL received $350 million in broadcast revenue from NBC ($250 million) and Disney Streaming Services ($100 million for digital rights) this season. The upcoming deals will average $635 million a year ($410 million from Disney and $225 million from Turner).

It marks the first time since Turner broadcast Atlanta Flames games in the late 1970's that the cable giant will air hockey. It also gives Turner its second championship property (it alternates the men’s Final Four with CBS).

Turner now has the rights to three of the four major North American sports with NBA games on TNT and baseball on TBS.

Even though NBC is losing the NHL after the playoffs, the network said in a statement that it would take the same approach as prior seasons, which includes every playoff game being aired.

“Despite a lot of speculation to the contrary we remain friends, and we look forward to the future, each of us understanding why we made the decisions that we both made to reach this point.” Bettman said.

Bettman also said moving away from NBC — which holds U.S. broadcast rights for the Olympics — will not play a role in deciding whether to allow players to participate in the 2022 Beijing Games. The NHL did not allow its players to participate three years ago in South Korea, ending a run of five consecutive Winter Olympics with NHL players.