USTA launches new mental health initiative ahead of US Open

The United States Tennis Association announced the launch of a new mental health initiative for players on Tuesday ahead of the US Open later this month.

USTA said in a written statement that competitors at Flushing Meadows will have access to the tournament's "comprehensive medical services program," which will include access to mental health providers and "quiet rooms" on site.

Mental health in tennis became a major topic when World No. 2 Naomi Osaka withdrew from the French Open earlier this year following a dispute with tournament organizers over mandatory media appearances, which she said placed undue pressure on players.

French Open tournament organisers conceded later that they could do better addressing mental health of the athletes.

Many other athletes have come out speaking about the issue as well including Nick Kyrgios who described his mental health struggles earlier in his career as well as Coco Gauff who explained she wanted to raise awareness of the matter as well.

"The issue of mental health awareness has been brought to the forefront over the course of the global pandemic, as many individuals, players included, have struggled with the stresses and emotions that have come as a result of COVID-19," said U.S. Open Tournament Director Stacey Allaster.

Brian Hainline, first vice president of the USTA and a professor of neurology at Indiana University and New York University, said he hoped the program would increase accessibility to mental health support.

"Our goal is to make mental health services as readily available to athletes as services for a sprained ankle - and with no stigma attached," said Hainline. "We will provide an environment that fosters wellness." 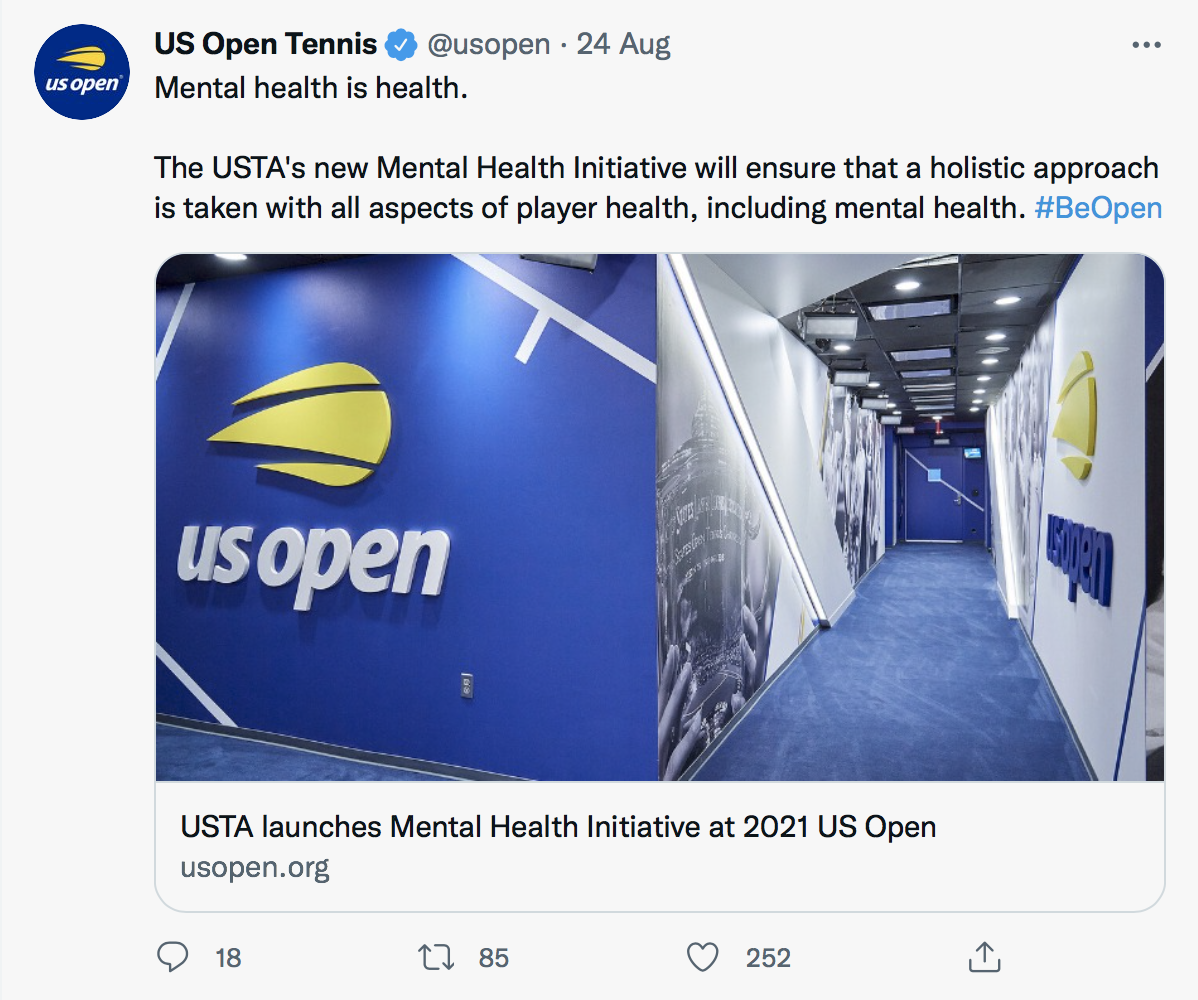