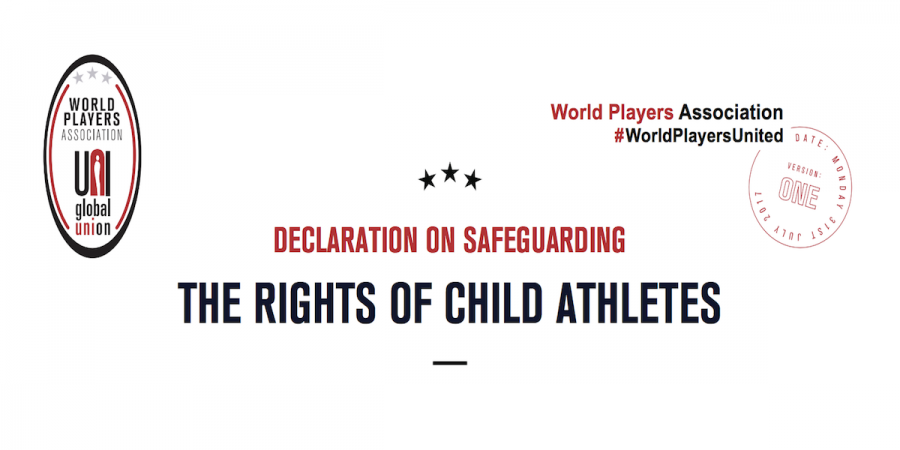 This was first announced on the 8 November 2017

The World Players Association today released a “Declaration on Safeguarding the Rights of Child Athletes” to help protect children participating in sport from growing concerns over the early professionalisation of child athletes and the violation of their fundamental rights, including sexual abuse and trafficking.

“In the quest for medals and new records, we tend to forget that child athletes are children first and athletes second. They must have opportunities to freely play and fully develop instead of having their identities narrowed early in the pursuit of sporting excellence”, Brendan Schwab, Executive Director of the World Players Association, said today.

Recent reports revealing widespread sexual abuse including among teenage footballers in England and US gymnasts alongside the ongoing problem with child trafficking in professional football have led World Players and its affiliates to increase their focus on safeguarding the fundamental rights of children in sport. 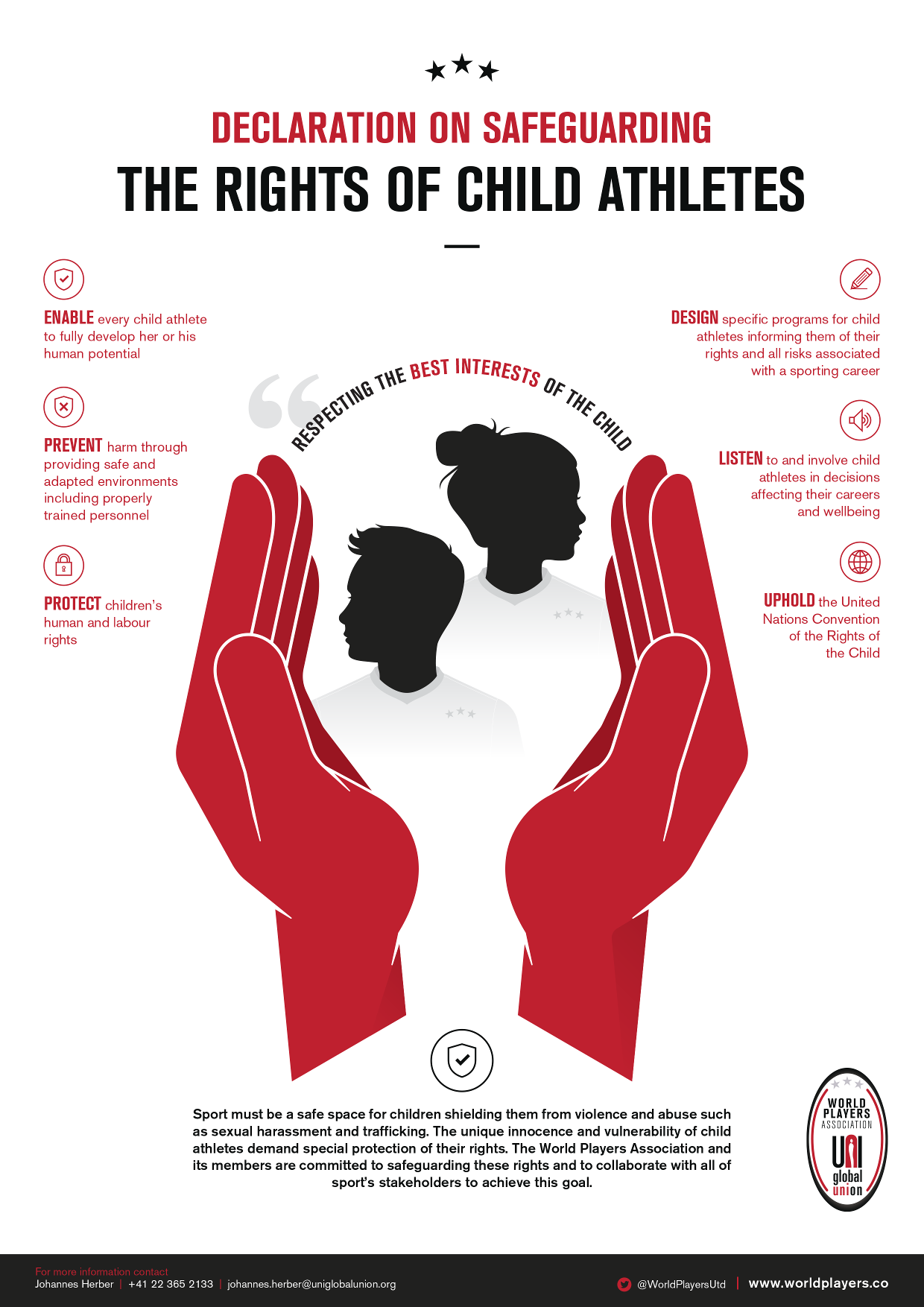 The “Declaration on Safeguarding the Rights of Child Athletes” places the best interests of the child as the guiding principle for any involvement of children in sport. It sets out key principles and action areas in which sport’s stakeholders must work together to ensure sport is always a safe space for children.

“Children have unique vulnerabilities which demand special protection. We are encouraged to see the player association movement recognising that this protection must extend to professional sport as well,” said Marc Joly, Head of Campaign at Terre des Hommes.

“All too often we see child athletes being denied their right to an education which must develop their personality and talents to the full. We see them being separated from their families at an early age to optimise their training and become victims of abuse at the hands of powerful coaches. Very rarely, however, we hear the children’s voice in elite sport. There is clearly a need to create a space for elite child athletes to be heard and have their opinions respected,” added Joly.

The “Declaration on Safeguarding the Rights of Child Athletes” also provided the basis for a joint statement of the European Sectoral Social Dialogue Committee for Sport and Active Leisure signed at its plenary meeting today.