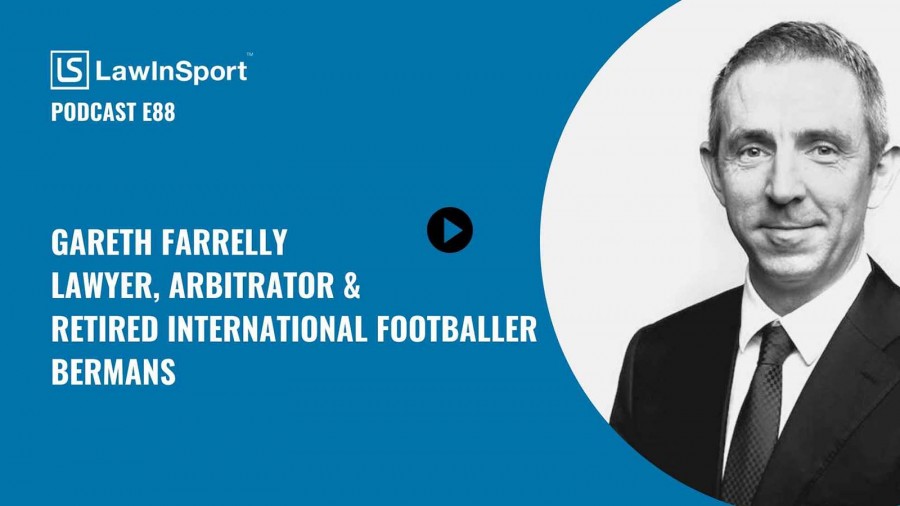 Monday, 27 January 2020
Gareth Farrelly, a former international football player, lawyer and arbitrator. As a professional football player he represented the Republic of Ireland and played for Premier League sides Aston Villa, Everton and Bolton.
Post retirement he retrained as a lawyer, is a member of the Football Association’s Judicial Panel. a member of Sports Resolutions’ independent Panel of Arbitrators and Mediators. In 2019 he was appointed as a Court of Arbitration for Sport Arbitrator.
Gareth, also sits as a Premier League Match Delegate helping review and supporting Premier League referees.
In this podcast Gareth shares his story, it is emotive, powerful and inspiring. It involves seeking high performance in and outside of sport, fighting life threaten illness, finding out people you trusted as a player have did not have your best interests at heart. It is ultimately about how he has taken all his experience and is now trying to help former players and athletes avoid following the same fate he faced at the end of his career.
We thoroughly enjoyed the interview and took a lot away from it. We hope you do the same.
The host is Sean Cottrell (@spcott), founder and CEO of LawInSport.
For more sports law news, commentary and analysis go to LawInSport.com https://www.lawinsport.com/
Upcoming Events: https://www.lawinsport.com/sports-law-events
LawInSport Recruitment: https://www.lawinsport.com/jobs
LawInSport Annual Conference: https://www.lawinsport.com/annual-conference
LawInSport Academy Mentoring Scheme: https://www.lawinsport.com/announcements
Follow us on Twitter @LawInSport and Sean at @spcott.
Listen to podcast on:
Sean Cottrell