Sean has been one of the Great Britain Representatives to the Federation International du Ski since 2010. Sean has advised on the rules and regulations governing World Cup and Olympic Skiing; the application of FIS rules to recreational skiers; anti-doping, corruption and homologation issues; conflicts of law; athlete’s contracts and the application of CAS and court decisions – most recently Pechstein to FIS. In 2016, Sean was the co-drafter on the FIS Rules on anti-discrimination and safeguarding. He holds professional skiing qualifications through the CSIA. Sean has regularly advised Team GB as to contract and compliance issues. As advocate, Sean has acted for Team GB (Rowing and Skiing) in disputes over the selection and conduct of athletes and coaches. Sean also acted in the infrastructure disputes relating to the 2012 Olympics. In 2010 and 2018, Sean arbitrated disputes arising from the Winter Olympics – in 2018 as Chair of the Panel. 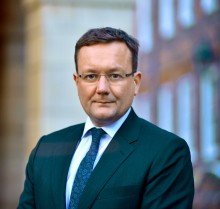