A Doctor of Law from University of Lausanne, François Carrard spent two years at a law firm in Stockholm before being admitted to the Bar 1967, when he joined the firm of Carrard & Associés.

He specialized in sports law and acted as Director General of the International Olympic Committee (IOC) from 1989 to 2003 and is currently regularly involved in international arbitration proceedings, among others before the Court of Arbitration for Sport (CAS) and various chambers of commerce. 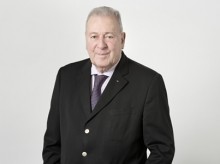