Aahna is actively involved in the day-to-day affairs of the business of sports. She regularly advises clients on matters relating to league formulation, transfer of players, selection disputes, arbitration, intellectual property rights, media and broadcasting rights, sponsorship and merchandising agreements, gaming and betting laws, fantasy sports, esports and contract law. She has been instrumental in setting up some of the major franchise-based leagues both, in India and abroad and has also worked with several sports start-ups across industries like tech, education, grassroots, media, etc. She serves as a visiting faculty at several sports law and management programmes of repute and is regularly invited to speak at sports conferences.

Aahna has served as the Vice Chairperson on the National Anti-Doping Disciplinary Panel and is a member of the Arbitrational Tribunal constituted by Football Delhi. She also is an advisor to Women in Sports India and Indian Women’s Football Alliance and serves as a member of the Governing Council of Ultimate Table Tennis. Amongst her most notable publications is co-authoring the second edition of the book ‘Law and Sports in India’ published by LexisNexis. 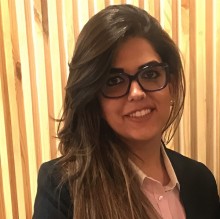