Aidan joined Chambers in 2013 having undertaken pupillage with Kings following completion of his legal studies at Oxford, Cambridge and Paris II (Panthéon-Assas) and having completed a five-month research traineeship at the ECJ (as it then was).

Aidan has rapidly developed his practice, specialising exclusively in commercial and chancery disputes (including insolvency).

With regular appearances in both the County Court and High Court conducting applications, CCMCs, trials and appeals, Aidan has a broad range of advocacy experience.  Aidan is also often instructed in a range of advisory and drafting work.

Outside of work, Aidan is a keen cricket fan, a developing squash and tennis player and a lapsed golfer.

Having studied in Paris and worked in Luxembourg, Aidan speaks and writes excellent French. 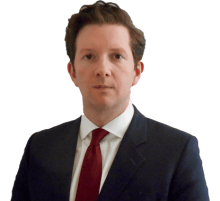