Akshay has a broad range of experience across Chambers’ core practice areas, and in particular he is developing a practice focused on cross-border and international disputes.

He has experience in the Commercial and Insurance sectors (for example advising a global law firm on a £50 million coverage dispute) as well as a thriving Private International Law practice, including working alongside Marie Louise Kinsler QC on a number of cases relating to Conflicts of Laws and accidents abroad.

Akshay has just completed a one year secondment at the Foreign and Commonwealth Office, during which time he advised and managed litigation on an extensive range of issues relating to Data Law, Public International Law, Public Law, and Colonial Legacy group litigation.

Before joining Chambers, Akshay read History and Law at the University of Cambridge, graduating with a Double First. 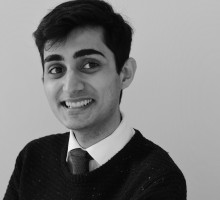