Andrew is a very experienced commercial and chancery advocate who regularly advises clients and appears as an advocate in commercial disputes involving breach of contract and the interpretation of clauses; in particular, disputes relating to unpaid or contested commissions, breaches of joint venture agreements and fiduciary duties as well as agency disputes.

Andrew has dealt with a number of mis-selling claims relating to overseas property investments in Spain, Portugal, Croatia, Cape Verde Islands, St Vincent and the Grenadines, St Kitts, and Cyprus; many of which have involved jurisdictional challenges on conflict of laws grounds.

Andrew regularly acts in group actions and very recently acted for six investors in the case of Hartland and Others v Buccament Bay Resort Ltd [2016] EWHC 2027 (Ch) arising from the mis-selling of timeshare contracts in St Vincent and the Grenadines through the Harlequin group of companies.

In addition, Andrew’s practice regularly involves an international element with various issues such as the enforcement of foreign judgments in the Courts of England and Wales and anti-suit inunctions. In particular, he has recently acted in cases involving claims under personal guarantees relating to banks based in Gibraltar, Dubai and the Republic of Ireland.

Recent work has included the following:

Andrew is an arbitrator and an accredited commercial mediator, who is regularly appointed.

Andrew was also called to the Bar of Northern Ireland (2011) and the Bar of Gibraltar (2014). Andrew is registered to accept Direct Access instructions.

Andrew has had a number of articles published over the last few years, in particular: Bias in Arbitration for the Korean Arbitration Journal; Intentional wrongdoing inflicted upon bank customers [2014] 3 JIBFL 175; and 'Have the risks of ADR escalation clauses reduced?' published in (2016) 82 Arbitration 16-21. 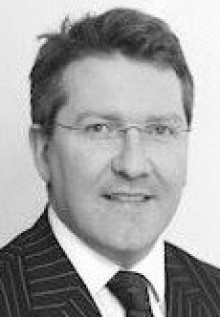