Brendan Kelly QC is described by the leading industry directory as having “a phenomenal court presence”. Brendan’s practice focuses on the provision of advice and advocacy in cases of fraud, serious crime, and regulatory law. As well as representing individuals, he is also sought out by regulated professionals for cases arising in the workplace. He also regularly advises and represents corporate clients, as well as their individual directors and officers (both in the UK and abroad), in all aspects of business crime.

More recently Brendan has been in considerable demand within the Civil jurisdiction representing a Russian National in The London Court of International Arbitration and latterly several Middle Eastern Clients in ongoing fraud matters which are the subject of litigation in The High Court in London.

Brendan is often instructed to represent sports professionals, and recent work has included a racehorse trainer and a Formula One racing driver.

As well as being ranked as a ‘Leading Silk’ in Crime and Financial Crime in Legal 500 and a ‘Leading Silk’ for Crime in Chambers UK, Brendan is ranked in Band 1 for Financial Crime in this years’ Chambers UK Guide where he is described as “A very measured advocate who commands considerable respect. He is a popular choice for individuals facing charges of fraud, money laundering and bribery. Of late, his focus has been on high-value tax fraud. 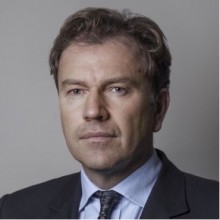