He advises and represents companies and individuals in respect of serious and complex fraud, bribery and corruption, anti-money laundering, asset forfeiture and regulatory obligations.

He has been involved in prosecuting a number of the most significant fraud and corruption prosecutions in recent years, and has acted for the SFO, CPS Specialist Fraud Division and other prosecuting authorities for much of his career.

He speaks in seminars and webinars on his specialist areas.

He represented the FA before the Appeal Board in relation to an appeal by a club against a deduction of points which led to its relegation from the league, and acted for the FA in proceedings before the Disciplinary Commission against two players charged with on-field offences.

He recently represented a player charged with a disciplinary offence which could have led to sanctions with very serious consequences. The player was able to continue playing

He is ranked as a leader in both Legal 500 and Chambers UK for Business and Regulatory Crime and Financial Crime work. 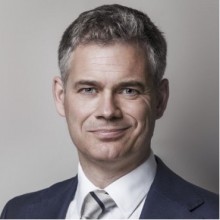