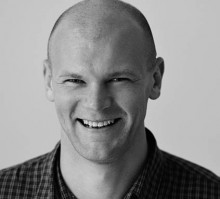 Chris is a New Zealand qualified Barrister and Solicitor in Lewis Silkin’s Employment, Immigration and Reward department and a member of the Sports Group. Chris advises on a range of contentious and non-contentious matters with a specific interest in High Court litigation.

Prior to joining Lewis Silkin, Chris was a member of the NFL Players’ Association in house legal team in Washington D.C., advising NFLplayers on personal grievances with NFL Clubs, acting for them in arbitrations, instigating disciplinary proceedings against NFL Players’ agents, and filing grievances against the NFL. Before heading to the USA, he helped to advise the New Zealand Rugby Players’ Association during negotiations for a new collective agreement with New Zealand Rugby in 2013.

Chris graduated from the University of Auckland with a Bachelor of Laws (Honours) after studying part time while he played professional rugby for North Harbour in the New Zealand domestic competition, the Blues in the Super Rugby competition, and a number of junior national teams.