Originally a City solicitor, Christopher’s background was in commercial property litigation. During that time, he had an extensive portfolio of cases, representing banks, pension funds and other financial institutions in a variety of high value claims. Since being called to the Bar in 1998, his practice has retained a commercial element to it, and he now specialises in business crime, contested regulatory matters, professional disciplinary cases and sports law. He is recommended by the legal directories in relation to all of those practice areas. He is also Head of 2 Hare Court’s Business Crime & Financial Services Group.

In sports law, Christopher is instructed by The Football Association in some of its biggest cases, and is appointed to the Arbitrators’ Panel of Sport Resolutions Limited.

Christopher took silk in 2014 and is considered to be one of the leaders at the Bar in his areas of expertise.  He is consistently recommended by the leading industry directories Chambers & Partners UK and The Legal 500 and is routinely first choice counsel for many major law firms. 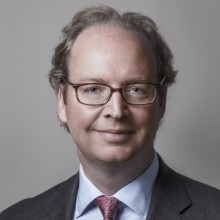