Christopher Geering has a strong reputation in the fields of Professional Discipline and Coronial proceedings. He appears regularly before all the major healthcare regulators, as well as teaching and accountancy bodies.

He has experience dealing with cases of particular seriousness – including successfully representing the financial director of an NHS Trust who was awarded record costs against the ACCA after being accused of backdating million pound contracts, and a doctor accused of a sexual assault on a colleague. In addition to fitness to practise proceedings, he regularly appears in the High Court, both for and against the regulator.

In coronial work he has represented the interests of a care home and County Council, as well as those of individual doctors or nurses.

Christopher also has a significant advisory practice. He has assisted a variety of regulators on legal issues and case preparation, as well as advising registrants on prospects of appeal. 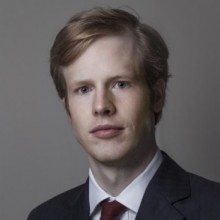