Christopher also acts in regulatory proceedings and sports law, including involving such bodies as the Football Association and the British Horseracing Authority. He has been instructed on cases including match-fixing and corruption related issues, betting, and on field conduct.

Although Christopher principally defends in serious and complex regulatory crime, he is increasing counsel of choice in the area of sports law. He has accepted instructions in cases brought by the Football Association (FA), and the British Horseracing Association (BHA). His extensive experience of cases involving criminal corruption means he is often counsel of first choice for sport bodies in match fixing and corruption related issues. He has appeared before the Football Association Regulatory Commission on a wide range of matters, such as betting, failing to report corruption, corruption, and on field misconduct.

Christopher also advises on public law matters, including having advised Her Majesty’s Inspectorate of Constabulary in relation to reports and such matters as firearms licensing and legislation, and data protection issues. 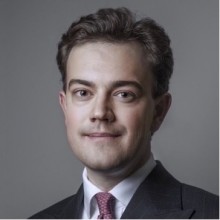