Colm Ó hOisín SC has been in practice at the Irish Bar since 1988 and became a Senior Counsel in 2005. He is also a member of the Bar of England and Wales.

His practice involves commercial and public law. He has particular experience in the areas of company and shareholder disputes, maritime law, banking and financial services law,  construction, competition law, insurance law, environmental law, general contract and judicial review. He has a particular interest in international commercial arbitration and has been appointed arbitrator in both domestic and international disputes and is a Chartered Arbitrator.

Colm is currently President of Arbitration Ireland – the Irish Arbitration Association. He is the Alternate Irish member of the ICC International Court of Arbitration.  In July 2012 he was designated by the Irish Government to the Panel of
Conciliators and Arbitrators of ICSID (the International Centre for
Settlement of Investment Disputes). He has been an accredited mediator since 2004.

Colm was President of the Irish Maritime Law Association from 2007 to 2010 and is a titular member of the Comité Maritime International (CMI). 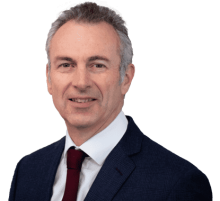