David Casement is a Queen’s Counsel specialising in chancery and commercial arbitration and litigation. He is a Member of the Chartered Institute of Arbitrators and a Deputy High Court Judge. He is regularly instructed in large-scale disputes involving companies, LLPs, LPs and partnerships. He covers the full range of commercial litigation and arbitration such as banking, finance and securities, professional negligence, and sports, entertainment and media as well as commercial judicial review. He also specialises in all aspects of insolvency litigation and has acted for office-holders and third parties in corporate and personal insolvency disputes. David has acted for claimants and defendants in commercial fraud litigation and asset tracing across multiple jurisdictions. He has also represented trustees and beneficiaries in trust disputes including the liability of trustees and obtaining information regarding assets and the terms of settlements.

Sports litigation and advice – all aspects of the sports industry – disputes between players, agents, clubs, regulators and sponsors. David Casement QC has acted in some of the biggest cases in sports law and is recognised as a leading authority. 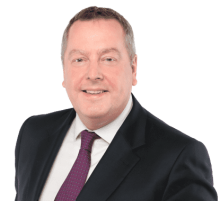