Ian joins the business and property team following the successful completion of pupillage and accepts instructions across all  practice areas falling under that umbrella.

Before joining Kings, Ian had a successful career in sport. In 2014 he was heavily involved in the organisation and delivery of the inaugural Invictus Games, spearheaded by HRH The Duke of Sussex. He then joined the commercial team at City Football Group (“CFG”), the parent company that owns Manchester City F.C. where he was responsible for the drafting of partnership heads of term agreements. Ian was also involved in the development of partnership assets. Notable highlights include the Amazon “All or Nothing” series, and the approval of left sleeve branding on Premier League shirts.

The year before pupillage Ian was a judicial assistant in the Court of Appeal, working first with Lord Justice Simon, and latterly with Lady Justice Simler.

Ian is well positioned to receive instructions given his previous career in sport. At CFG Ian worked at the interface of commercial sport, contract and sports regulation. CFG own a number of football clubs across the world, giving Ian insight into regulatory matters for a number of leagues including the Premier League, MLS, the J-League, and the A-League. His experience of the sports industry was further consolidated by participation in the Mishcon de Reya Sports Law Academy (2016). 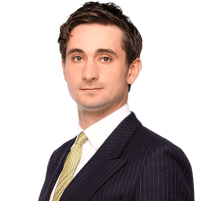