Whilst Jonathan Laidlaw KC’s practice is predominantly in business and financial crime where he has consistently been ranked by Chambers as one of their star silks, he is also rated in the directories as a leading silk in the areas of private prosecutions, general crime, health and safety, inquests and inquiries and sport. Previously a recipient of the “Crime Silk of the Year” award, the directories have described him as “an exceptional silk who provides superlative client care and commands the authority of the court with his formidable advocacy”. They have spoken of him being “an outstanding advocate….regularly instructed in headline-grabbing cases” who is, “also eminently well equipped to advise significant individuals on sensitive matters involving reputational issues”. It has been said that he is “an extraordinarily able advocate with great style who can deal with the most difficult of cases with the greatest of ease” and that he has “lethal cross-examination skills and a mean way with closing speeches”. He features in the Sunday Times/Debretts list of the 500 most influential people in Britain today.

Much of his work, both for individuals and companies here and abroad, is pre-charge and advisory in nature and Jonathan Laidlaw QC makes appearances in the Commercial Court, at major inquests and inquiries and before sporting and professional disciplinary tribunals. He is also asked to produce reports in silk-led internal inquiries.

He presently acts for the Bank of England, for a number of individuals who are the subject of SFO, FCA and DoJ investigations; for PCP in the Barclays litigation; for The FA and Chelsea FC; for Pret a Manger; for a core participant in the Grenfell Tower Inquiry and in the Manchester Arena Bombing Inquiry; in a number of private prosecutions presently before the courts; and on Operation Kenova’s behalf in Northern Ireland.

Jonathan Laidlaw QC has considerable experience in the sporting field. For several years, he has acted for the Football Association in crowd control cases brought against Liverpool FC, Chelsea FC, West Ham FC and in the proceedings brought against Wayne Rooney’s agent Paul Stretford. He acted for the FA in their investigation of the racist remarks made by John Terry and assisted in the investigation of Cardiff City and of David Moyes, and appeared for the regulator in the cases brought against Jay Rodriguez and Jose Mourinho. He also represented the trainer Jim Best in his hearings before the British Horseracing Authority, for one of Sheikh Mohammed’s trainers before the same body and the International Association of Athletics Federations in a CAS hearing in Lausanne where the appellants were seeking to set aside findings that they were guilty of extorting monies in return for the suppression of doping sanctions against the Russian marathon runner, Liliya Shobukova.

Legal 500 have identified Jonathan Laidlaw QC as a leading silk in the area of professional discipline and regulatory law and have described him as a “top-notch performer” and as “a well-respected silk with a niche in the sports world”. They say, “His strength is his advocacy, in particular, his cross-examination.”

The 2019 guide described him as a “great advocate” and the 2019 edition of Chambers said he is, “a formidable advocate….One of the pre-eminent fraud and sports law QCs.”

The 2020 guide is in these terms; Jonathan Laidlaw QC is “great for a scrap – very able and very smooth” and a “class act”.

The Chambers 2021 guide says, “he is an excellent advocate.” 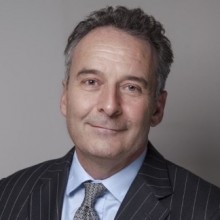