Jonathan’s practice embraces commercial, company, and technology and construction disputes (including procurement), with a particular emphasis on matters with a technical or scientific element. He has appeared as sole counsel in multi-day trials and heavy applications in the High Court; has regularly appeared in arbitrations and adjudications and upon the enforcement of resulting awards, both at home and abroad; and has served as part of a counsel team in several multi-week trials, both in the English High Court and in the Commercial Court of the British Virgin Islands.

Experience includes representing (as junior counsel) a top four Premier League club in relation to a dispute with its sponsor; a dispute between boxing promoters concerning television rights and licensing fees; a professional negligence action by a professional footballer against a solicitor regarding the handling of a sports injury claim; acting for a top four club in relation to the enforcement of the Premier League ground regulations on conduct inside the stadium; litigation concerning the jerseys of two Championship clubs. 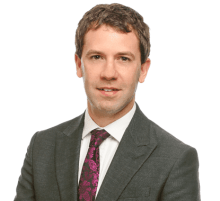