Laura appears in employment tribunals throughout the UK for both Claimants and Respondents including British Airways, John Lewis PLC, Tesco, ASDA, Unite the Union, USDAW, various public healthcare employers including Ambulance Service Trusts and Hospital Trusts and professional bodies such as the BMA.

Laura has experience in a wide range of other commercial work including insolvency proceedings, partnership disputes, contractual disputes and consequent enforcement proceedings including charging orders and orders for sale

Laura provides regular CPD training and has had articles published in the Financial Times, Personnel Today, People Management Magazine and the Manchester Evening News. She has recorded a podcast for CPDCast entitled ‘A Practical Introduction to Employment Law’.

Laura’s sports law practice has involved her advising and representing parties on matters such as:

Laura has also assisted in presenting a Women in Sports event on behalf of Women in the Law and Business UK. 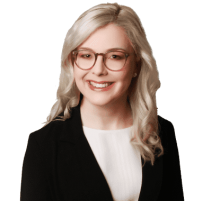