Louis Doyle has a busy and eclectic practice developed over more than two decades in all aspects of insolvency, credit, security, company law and finance litigation (including commercial fraud).    He has appeared in over forty reported cases, five in the Court of Appeal, and is co-author, with Professor Andrew Keay, of Insolvency Legislation:  Annotations & Commentary (8th edn, 2019, LexisNexis) and a contributing editor of the leading loose-leaf, Gore-Brown on Companies. Ranked as a leader in his field in various subject areas by both Chambers & Partners and the Legal 500 since 1999, he has huge commercial experience and a reputation that precedes him in terms of his technical knowledge and abilities as an advocate. One commentator noted that “he is fantastic on his feet, with judges and with opponents, well read, technically excellent and clients love him”.

Examples of Louis’s recent work include:

Apart from his very broad insolvency practice on both the corporate and personal sides, litigious and advisory, and his financial litigation and company law work, Louis has extensive experience of trial and interim application work and mediation. He is much sought out as a practitioner in relation to high value and complex financial disputes and has experience of unexplained wealth, risk money and proceeds of crime. 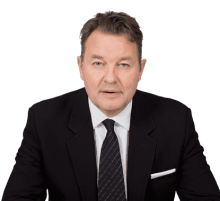