Mark is a member of the Business and Property team in Chambers.  As evidenced by his ranking in Chambers & Partners as a leading silk across 6 practice areas, he is viewed (by peers, solicitors and clients) as the “complete all-rounder” being equally adept at all aspects of the advocate’s role which he couples with tactical/strategical acumen and an affable and approachable style.  His skills and reputation as a robust cross-examiner mean that he is particularly sought after for trial work.

Mark appears regularly in the Court of Appeal, High Court and in Arbitrations.

Mark's Dispute Resolution Practice (see above) involves sports related disputes and his experience in this regard is illustrated by his representation of Sir Bradley Wiggins and (with Paul Chaisty QC) of Wayne Rooney in their disputes with their former management companies (see under Commercial Litigation). Mark's practice also encompasses providing advice and representation in relation to (a) proceedings before Sports Tribunals; (b) arbitrations;  (c) challenges in the Courts to the disciplinary decisions of Sporting Bodies (including applications by disciplined clubs to be reinstated to competitions or leagues); and (d) contractual disputes between players and clubs etc.

Mark acted for Michael Turl in successfully opposing the appeal by the FA that challenged as unduly lenient the fine imposed on him by a Regulatory Commission following his admission that he breached Regulation 4.3 of the Owner and Director Test Regulations by providing a false declaration

Cardiff City v Barnes & others – currently acting for Carly Barnes in defending a claim brought against her in her capacity as a football agent arising out of the fall-out between Cardiff City and Malky Mackay and Iain Moody. Listed for trial in London Commercial Court in October

MTC (UK) Ltd v Sir Bradley Wiggins [2014] – represented Sir Bradley in defending the claim brought by his former management company for alleged breach of contract in terminating the management agreement and an account of commissions/payments due.

Hemmingborough Cricket Club v Yorkshire & District Senior Cricket League - acting on behalf of the League in opposing an application for an injunction and a claim for damages following the decision by the League to exclude the Club from the competition pursuant to the disciplinary procedures of the League.

A.J. Sullivan v St. Helens RFC -acted on behalf of the player in this contractual dispute with his club over an entitlement to a testimonial bonus.

Denis Betts v Wigan Rugby League Football Club - acted on behalf of the player/coach pre-litigation in a contractual dispute with his club. 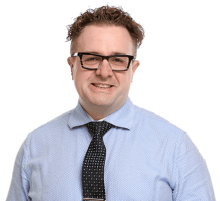