Merry prosecuted the first case of alleged bribery in the English football leagues. She has also acted for the Football Association in regulatory cases regarding players and referees alleged to have breached the FA rules (such as Rule E3 breaches).

Merry specialises in serious and complex crime, and regulation. She has particular expertise in financial crime, serious violent and sexual offences, and cases involving vulnerable individuals. Merry’s practice enables her to act and advise at every stage of a criminal investigation. She is experienced at advising in relating to pre-charge matters, such as the imposition of restraint orders. She is a talented jury advocate, who has had particular success in fraud and money laundering trials. Her expertise in Proceeds of Crime means that she is also able to advise and act post-conviction in respect of confiscation proceedings. Merry is an experienced disclosure and LPP counsel.

Merry has appeared as a legal commentator on Channel 4 News and written for ITV News, MSN News, The Lawyer, The Barrister and Halsbury’s Laws Exchange. 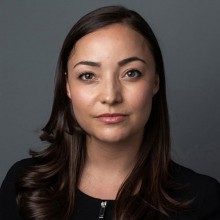