Michael has extensive sports law experience in football, sailing, powerboating and Formula 1. He has appeared in international tribunals, including CAS and the UEFA Appeals Body, and before domestic court, arbitral and regulatory tribunals. Michael was standing counsel to the British Sailing teams at the 2012 Olympic and Paralympic Games, and acted for the Paralympic Sailing Team before CAS in a medal claim arising from the Games. He has acted for The Royal Yachting Association in sailing and powerboat related actions. In motoring racing, Michael represented the family of Jules Bianchi, the Formula 1 driver who died following a crash at the 2014 Japanese Grand Prix. Described by The Sun as a “soccer legal-eagle”, Michael has acted for Premier League and Football League clubs, including Leicester City, Newcastle United, Charlton Athletic, Sunderland, and for managers and players, including Peter Beardsley, Ronnie Whelan, Sean-Wright Phillips, Lee Bowyer, Ian Dowie, and Matty Homes, in cases involving contract, tort, employment, regulatory, disciplinary and participation disputes. 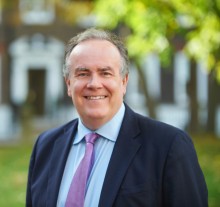