Neil practises in the specialist business courts (Mercantile, Chancery and TCC) in Manchester, Liverpool, Leeds and Birmingham. He also appears in the High Court in London (including the Companies Court, Commercial Court and TCC) and in the Court of Appeal.

His practice is focused on advocacy, both oral and written.

Neil is recognised as one of the leading juniors for commercial work in the North West, and he is regularly instructed against QCs.

Neil frequently acts on applications for interim relief, where his experience and understanding of the court process enables him to provide clients with practical and realistic advice, and to focus case preparation to the client’s best advantage.

He has acted in a number of commercial arbitrations, domestic and international.

He has acted for a large number of major plc clients in the in substantial commercial disputes. He also has advised and acted in many substantial shareholder disputes, and other important company and insolvency matters.

Neil has advised and represented numerous solicitors and other professionals in partnership and LLP disputes.

Neil has represented a number of football clubs in a variety of commercial disputes. He acted for a rugby league player caught up in a contract dispute between Leeds Rhinos and Bradford Bulls, and currently represents a group of former Spanish and Argentinian PL players in a large film scheme claim. Neil has chaired the AGM of the British Wrestling Association and is the current chair of the BWA Selection Appeals Committee.

Anthony McGill v SEM Group, Bolton Wanderers  & others [2014] EWHC 3000 (QB) (Merc.) Successfully defended the club, executives and senior coaching staff against a football agent’s claim that he had been fraudulently ‘cut out’ of a transfer agreement.

Henning Berg v Blackburn Rovers [2013] EWHC 1070 Ch, unsuccessful attempt to withdraw admission of liability for manager’s severance pay made by the club’s managing director without authority of club owners – praised by judge for brave attempt to argue the impossible. 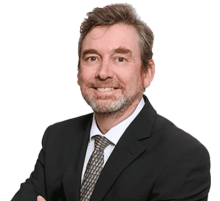