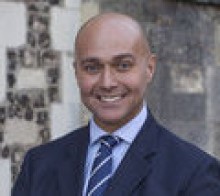 Mr Cotter regularly appears before sports regulation / disciplinary hearings and provides advice on rules, compliance and the consequences of infringements.

Mr Cotter has a significant background in malfeasance, bribery and fraud and is well placed to deal with these matters arising from corruption and criminality in sport.

He has a particular specialisation in anti-doping law both Defending and Prosecuting;

UKAD v X
Instructed Counsel for a professional regional rugby player who fell foul from the use of banned supplement. UKAD conceded that some evidence existed which supported lack of doping education and no intentional use and the panel in turn were convinced of the merit of early return permission to training despite the imposition of a disqualification period. www.bbc.co.uk/sport/0/rugby-union/31552990

UKAD v X
Instructed Counsel for UKAD in a case that resulted in the first UK life time ban for a member of the “support team” for an athlete and impacted on the issue of who could be included within the definition of support personnel (namely an athletes parent).
www.bbc.co.uk/news/uk-wales-south-east-wales-28641672
www.ukad.org.uk/news/article/first-ukad-lifetime-ban-following-police-collaboration

BHA v X
Represented a professional flat racing Jockey before a full disciplinary panel accused by the BHA of the offences of sample tampering and bringing the sport into disrepute. The issue resolved around the use of illicit substances and the athletes attempt to use /acquire another individuals sample to mask the primary offence.

UKAD v X
Providing advice to a basketball player charged with a drug tampering offence namely that the athlete tried to pass off another athletes name when providing a sample. The case reached the tribunal and the athlete was given a significant reduced sentence in light of his mitigation and early advice.

UKAD v X
Representing a cyclist who had refused to provide a sample when requested after competition. The athlete was advised early in the matter and the key issues argued before the tribunal were primarily “compelling justification” and “no significant fault” for failing to provide a sample. The  tribunal recorded a finding of no significant fault in favour of the cyclist and a much reduced ban. Mr Cotter also subsequently advised on the implications of disqualification upon prize money.