Appointed in 2021 as First Senior Treasury Counsel and on the Attorney-General’s list of approved counsel. He has a reputation for detailed preparation, exceptional advocacy and is “an especially good cross-examiner”. He is recommended in the top band of new silks in the Chambers UK Guide and the Legal 500.

He divides his practice between working at the highest level in the criminal sphere and specialising in complicated and serious quasi-criminal and regulatory work.

He advises and acts for individuals and companies alike on all aspects of business crime and regulation.

In sports law his areas of expertise include disciplinary tribunals and appeals, advising individuals and teams on doping allegations, and advising teams and companies on betting irregularities. 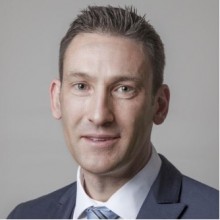