Rupert worked in sports media before being called to the bar and completing a commercial and planning pupillage.

Rupert has a broad commercial and public law practice with a particular expertise in all aspects of sports and media law. He has extensive experience of appearing in courts and tribunals in London and nationwide, including high value complex claims.

He accepts instructions across a wide range of Chambers’ work in both an advisory and advocacy capacity.

Rupert has substantial and wide-ranging experience of sports litigation and advisory work including regulatory and disciplinary proceedings, anti-doping, anti-corruption, free movement and right to play cases and contractual and sponsorship disputes. He has represented and advised clubs, governing bodies, coaches and individual sports men and women in front of a wide range of tribunals and courts.

Rupert has also appeared for both Claimants and Defendants in ‘field of play’ injury cases.

He regularly lectures and gives seminars on sports law subjects and is a co-author of several leading books in the field.

He is a member of ARDL, BASL, the editorial panel of Law In Sport and the Sport Resolutions pro-bono panel.

Examples of his previous cases include:

- Representing boxing promoters, boxers and licence holders in disciplinary proceedings in front of the British Boxing Board of Control.

- Representing a footballers, rugby players and swimmers in anti-doping proceedings.

- Advising a professional football referee in respect of an unfair dismissal claim against the FA.

- Advising a professional cricket coach in relation to constructive and unfair dismissal.

- Advising a leading speedway circuit in respect of safety rules imposed by the governing body. 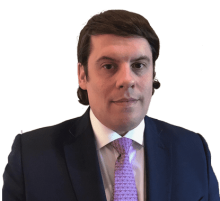