Sallie Bennett-Jenkins QC has been cited on a number of occasions as a leading silk by the Legal 500 and Chambers UK and, prior to taking silk, as a leading junior. She is described as “the complete criminal barrister” in Chambers UK. She was appointed Queen’s Counsel in October 2006 following a period of 8 years as Treasury Counsel, and has since become first choice defence counsel for firms with private clients who demand an incisive advocate with a mastery of detail, and who can instil real confidence in the client. Sallie is currently the only female silk to be ranked in Band 1 in the current edition of Chambers UK, a position she has held for the last 2 years. She has been described as having a “thoroughly devastating style of cross examination which is a pleasure to watch”.

In silk, she has encouraged and maintained a diverse defence practice which ranges from murder to fraud and advisory work for multinational corporations in respect of computer crime, Health and Safety and Food and Drugs.

Her back catalogue of cases demonstrates her exceptional ability as an advocate, in the most complex and demanding of cases. 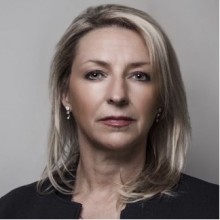