Sophia enjoys a diverse practice which encompasses many areas of 2 Hare Court’s specialisms, including general crime, professional discipline, regulatory and licensing. Sophia is instructed both as an advocate and in an advisory capacity.

She has a strong criminal practice, both prosecuting and defending cases in the Youth Court, Magistrates’ Court and predominantly the Crown Court. Her experience covers a wide range of offences, including allegations of violence, firearms, supply of drugs, sexual offences, public disorder and serious fraud.

In addition, she has a growing licensing practice and is regularly instructed in proceedings before City of London Magistrates Court in respect of appeals against adverse decisions taken by Transport for London.

She also accepts instructions in regulatory and professional discipline matters.

Sophia has contributed to a number of complex and large scale disclosure reviews, including a Premier League football club facing a FIFA investigation, a multi-million pound private prosecution and the inquest into the Manchester Arena terrorist attack.  Sophia is currently instructed in the Grenfell Tower Public Inquiry.

Outside of chambers, Sophia is a committed anti-death penalty advocate having spent several months working at the Office of Capital Defence Counsel in Jackson, Mississippi. She worked with clients currently on death row who were in the process of appealing their convictions, as well as assisting clients who were due to face trial for capital murder. 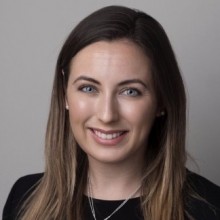