Stephen Brassington is rightly regarded as one of the leading practitioners in the ﬁeld of Professional Discipline and was named Chambers and Partners Junior of the Year 2016. In Chambers UK 2021, Stephen continues his status as a star individual and is described as ‘fearless’ and ‘brilliant’ by the directory.

He is described, as “a class operator” by Chambers and Partners (2013) and The legal 500 comment he is “an extraordinarily effective advocate” (2014) and ‘they should sell tickets to watch his cross-examination of experts.’ (2016). He advises and acts primarily in cases arising from the healthcare, sports, education and legal industries.

Stephen also undertakes a significant amount of Health and Safety defence work, in particular advising and assisting in defence of criminal prosecutions and at Coronial Inquests.

His background is one of criminal defence work, where he has advised and represented clients facing allegations of murder, manslaughter (including gross negligence) and other non-fatal offences of violence, sexual offences, substantial drugs supply and importation, counterfeit pharmaceuticals and others. He also has extensive experience of cases of fraud, money laundering and other ﬁnancial wrongdoing. Notable cases included defending in a conspiracy to kidnap Victoria Beckham, and in a £multi-million conspiracy to defraud Microsoft. 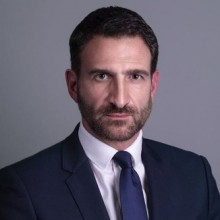