Steven is a sports law specialist and has built up a great deal of experience working across the gamut of sports law. He frequently advises various participants including professional footballers, agents, teams, governing bodies and players’ associations on contractual, commercial and regulatory matters across a wide variety of sports, including football, rugby union and league, boxing, tennis and golf. He has advised at all levels of sport and has acted for and against many high profile participants and organisations including matters involving: the FA; the RFU; the Premier League; Manchester United FC; Manchester City FC; Chelsea FC; Swansea City AFC; the LTA; Rotherham Titans RFC; Bradford Bulls RLFC; Toronto Wolfpack RLFC; Chester Racecourse; Archery GB; the PFA; the RLPA; the FSF; and many others. He has also been instructed by high profile companies who wish to enter into commercial rights/sponsorship agreements with such organisations.

In addition to dealing with commercial and regulatory matters, Steven is also regularly instructed in cases relating to discrimination in sport. He has experience in advising on the rights and obligations imposed on players, clubs and governing bodies by the Equality Act 2010 including appearing in a trial due to last 6 weeks where a participant claimed £120 million from a governing body.

Steven’s work also involves him representing participants before disciplinary and appeals panels, as well in court and before arbitral tribunals. This has included Rule K arbitration, the EFL Player Related Dispute Commission, the British Boxing Board of Control Regulation 24 arbitration and referrals to the Court of Arbitration for Sport. Steven has been appointed by British Gymnastics, British Cycling and England Boxing to sit on their disciplinary/appeals panels.

Steven also accepts arbitral appointments, whether sitting as a sole arbitrator or as a member of a panel. Steven has particular experience in arbitrations that involve contractual and employment issues, as well as challenges to the decisions of governing bodies. 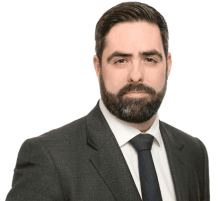