Thomas Wassenhoven is a commercial lawyer mainly active in intellectual property and competition law with a special focus on legal issues in sport. He represents and advises clients, amongst others the Bundesliga (DFL) and different Bundesliga clubs and Players on different contentious and non-contentious issues, in contract negotiations and before state courts as well as arbitral tribunals.

Thomas joined Arnecke Sibeth Dabelstein in 2019. Before becoming a lawyer, Thomas was a trainee lawyer in a sports law firm in Karlsruhe and a major international law firm in Frankfurt. He holds a law degree from the University of Heidelberg. 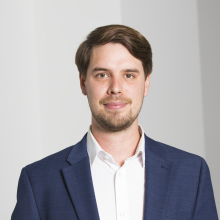