Will Martin is a highly regarded junior, ranked in the Legal 500 as a leader in the field of crime.

Considered to be a first-class advocate and astute tactician, Will advises and acts for individuals and companies in a diverse array of matters across the criminal spectrum, from pre-charge through to trial.

Will’s criminal practice focuses primarily on defending and prosecuting serious crime, white-collar crime and regulatory crime. He has particular experience in complex cases, including murder and high-value fraud. A number of cases in which he has appeared have attracted significant attention in the national media.

Will is often instructed in complex regulatory matters, including health and safety, trading standards, planning enforcement and environmental legislation.

Will’s Sports Law practice encompasses advising and representing clients in regulatory and disciplinary disputes. Will has a particular expertise in football, and regularly acts in high profile cases for sports’ governing bodies, such as the Football Association (the FA) and the English Football League (the EFL).

Will is adept at dealing with both on and off-field disputes. On-field, he is often instructed in matters relating to violent or abusive conduct by players, coaches or supporters. Off-field, Will specialises proceedings relating to intermediaries (i.e. players’ and clubs’ agents), and disputes which centre on the ownership, and ownership structures, of football clubs. Will has extensive experience dealing with as well as safeguarding disputes and Anti-Doping Regulation Violations.

Will has represented the FA at appellate level, and advised both the FA and the EFL in relation to High Court proceedings.

Will was seconded to the Football Association in 2018. 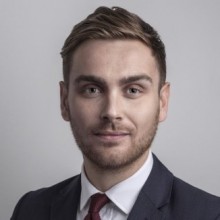