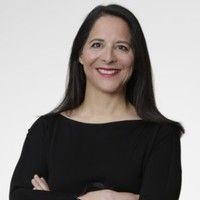 Raphaëlle Favre Schnyder is Partner at the Zurich office of Barandun. Her practice focuses on international dispute resolution, both arbitration and litigation, as well as on corporate and commercial law. She has particular expertise in sports law, commercial disputes, transportation and maritime law.

As an experienced arbitrator, Ms Favre Schnyder regularly chairs arbitral tribunals and acts as sole arbitrator or party-appointed arbitrator. In particular, she is listed on the panel of arbitrators of the Court of Arbitration for Sport (CAS) and of ICC Switzerland.

Before joining Barandun in 2015, Ms Favre Schnyder practised as counsel with Lalive in Zurich and as associate in the litigation/arbitration department of Niederer Kraft & Frey AG. She graduated from the University of Fribourg (lic iur, bilingual) in 1994 and also holds an LLM degree, obtained with distinction, from Tulane University Law School in New Orleans, USA.

Ms Favre Schnyder is fluent in French, German and English, and has working knowledge of Italian and Spanish.